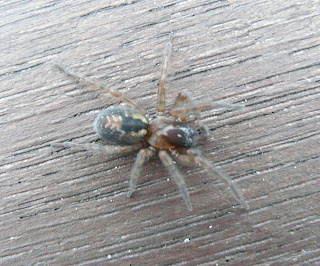 Hi all/Bruce…found this little beauty yesterday in a dead log in the local wood .No idea what it is any help appreciated

EMAIL YOUR MP TO FIGHT FOR OUR FORESTS

Easy to fill in form to send to your MP – ASAP please.

Probably one for Bruce.

I have been observing a spiders web the last few weeks.
its in the corner of my shed door and looks like a garden spiders (orb). The
spider itself hides in the corner and is much smaller than a garden spider and marked differently.
it has been present in very cold weather and appeared to be new each morning. It has not been seen for the past week.
jamieharrop2011-01-30T11:20:00+00:00January 30th, 2011|0 Comments

An asset to our wildlife? 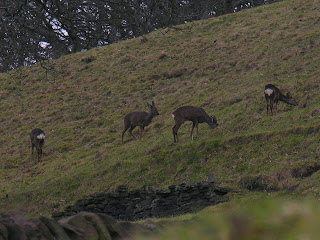 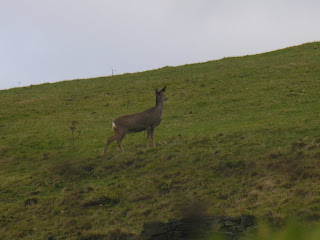 These roe deer (4 does and a buck) were grazing near a busy road at 3pm! Some naturalists are dubious about them being around. The only problems I can forsee are damage to gardens/allotments, encouraging hunting with dogs/snares and traffic accidents. Otherwise I would say they are a definite plus. What does anybody else think?

HELP THE PEOPLE OF THE PHILIPPINES

Please help the people of the Philippines fight the mining corporations and preserve their rainforest.

and the public consultation:
http://www.defra.gov.uk/corporate/consult/forests/index.htm

Thanks Emma for the links.

Today, two of our Hazel shrubs were showing the male catkins (lambs tails). Good to know the year is moving on.

Original post @ Calderdale-WN.
New draft Local Sites (Wildlife and Geological)
Selection Criteria for West Yorkshire are now available for consultation at:
http://www.ecology.wyjs.org.uk:80/wyjs-ecology-ls.asp
Comments are invited on the attached consultation documents to be submitted to Robert Masheder rmasheder@wyjs.org.uk at West Yorkshire Ecology by 21 February 2011
If you have only limited time to look through the documents, I would suggest that you check whether sites that you consider to be important for wildlife would qualify.
If you have any queries please let me know.
Regards
Hugh
Hugh Firman
Conservation Officer
Countryside Service
Safer Cleaner Greener
Safer and Stronger Communities
Calderdale Council
tel 01422 393214
fax 01422 393276
jamieharrop2011-01-24T14:58:00+00:00January 24th, 2011|0 Comments

Plea to stop development in the Copley/Sowerby Bridge Valley

A member of the Calderdale Bird Conservation Group is right when he implies that not all development is bad. The duty of developers is to make places more beautiful, more useful to Society.

This area between Copley and Sowerby Bridge has been left too long to nature. It has now returned to a rural, sylvan state, a green lung for the people and a paradise for nature. The willows are the habitat of sweetly singing warblers when they return from Africa in spring, which nest on the ground among the orchids flowering in the sunny glades.

It should be maintained as a green space between Copley and Sowerby Bridge, not filled up with cheap buildings and tarmac, which would sprawl along the valley bottom, ruining the townscape of Sowerby Bridge, (when seen from Albert Promenade, for instance.)

The town currently nestles in its hollow at the confluence of the Ryburn with the Calder in an organic way. It should not be allowed to break out.
Too many small English towns with no perceived beauty or heritage have been blighted by ribbon developments like the one proposed by GenR8, who, unlike good developers, seem merely profit motivated.

This valley and the summarily closed bridleway, Sterne Bridge, have an internationally important literary connection with William Wordsworth, who, whilst visiting his friends, the Sterne family, wrote his poem the Ballad of Lucy Grey around an earlier bridge at this crossing point. The Sterne family also produced their own famous writer, Laurence Sterne.

It is for these reasons, as well as the preservation of a pleasant, sunny, flowery place filled with birdsong, that I support a refusal of the development. It will only harm trade in Sowerby Bridge’s developing tourist trade, and duplicate the surplus of industrial sheds which have long remained empty in several parts of Halifax. (Said to be 1 and a quarter million sq ft!) As for housing, I am reliably informed that Calderdale has already far exceeded its quota of new house building set by central government.

As to a point of freedom of access to public rights of way, there appears to be no engineer’s report on the carrying capacity of Sterne Bridge. Stephanie Hiscott, council officer (development) said she would let me see one by last Monday, and took my details, but has failed to get back. I believe it could be reopened to pedestrians, to use at their own risk. She also said the bridge closure was purely and simply about public safety, and nothing to do with the proposed developments; very hard to believe.