Dave has posted a fascinating insight into Wheatear migration on the Calderdale Birds blog.
Link.

We now have a new disease to add to the current worry about Phytopthera ramorum. A damaging plant disease that was until recently almost unknown in Britain has been confirmed in rare native juniper bushes at the Moor House-Upper Teesdale National Nature Reserve in the North Pennines of England.The disease is caused by Phytophthora austrocedrae, a fungus-like organism that infects the plant through the root system and causes the foliage to decline and eventually die.Juniper is a native conifer and a member of the Cypress (Cupressaceae) family of plants. P. austrocedrae infection was only confirmed in the UK last year on other trees from this family, at two sites in Scotland.

I have provided a link to this and there are other interesting reports on this page which many will find interesting. I have not come across this link before http://www.countryside-jobs.com/NewsArchive/Archive2012/06.html

Spring is round the corner

The proposed meeting at the Library this next Tuesday has been cancelled.
See Council announcement:
http://www.calderdale.gov.uk/council/news/pressreleases/detail.jsp?id=24949

“THE council’s ill-fated attempts to get public backing for a new library in Halifax have ended in shambles.”
http://www.halifaxcourier.co.uk/news/local/halifax_library_consultation_will_be_re_run_in_june_1_4252181 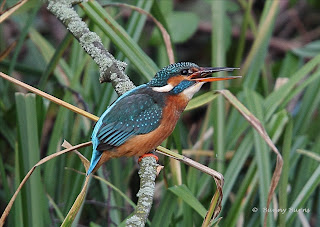 Notice of A.G.M. of the Cromwell Bottom Wildlife Group March 2012

A reminder of next meeting at the Central Library Halifax at 7:15pm. Finn Jensen talks about Climate Change. All welcome.

Just a reminder that there will be tree and bush planting
and nest box erecting at Cromwell Bottom tomorrow
11th Feb 2012.
Meet at the Fishermans carpark at 9:30 All Welcome
GWH