Our March Indoor meeting with speaker coming to us from Edinburgh 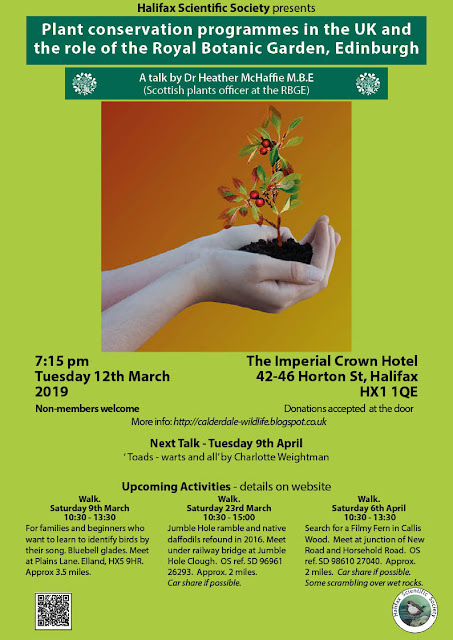 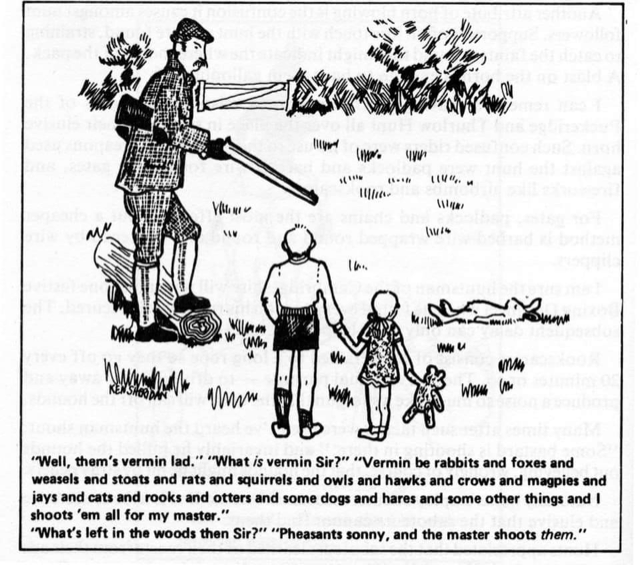 Unbelievably we still have gamekeepers in Calderdale in 2019.

Wild bees and Small Tortoiseshell butterfly today in our garden at Tod.

Timothy Grass, Phleum pratense, is one of the few native grasses named after an individual and its origin has an interesting history.
It is a native plant that is often seen in the Calder Valley but mostly on waste ground and canal banks. Other parts of the country cultivate it as a crop.
But who was “Timothy” ?

A variety of this grass was unintentionally taken to America from Scandinavia in the late 1600’s and first records there are from New England. John Herd was a New Hampshire farmer who grew it for horse and cattle fodder and in 1711 gained the name “Herd’s Grass”. It had a reputation for superior feed for horses that were driven long and hard and has the energy equivalent of 93 octane petrol. Has now gained a reputation as race horse delicacy in America.

Subsequently there was a New England farmer named Timothy Hanson who lived in Maryland and began farming there about 1720. He used “Herd’s” grass seed and was the first person to grow it commercially.
Both George Washington and Benjamin Franklin bought the seed and it was Benjamin Franklin who first began calling it “Timothy’s seed”. Its name became Timothy grass by 1736 and just plain Timothy by 1747.
When the grass had proved its utility in America, seeds were sent back to England in 1760 whereupon it was first recommended for agriculture over here. Genetics have shown the American cultivated grass is hexaploid, whereas our British wild form is diploid, ie fewer chromosomes.
America then, in returning the grass to England, was not giving back what it had received, but was sending a new (possibly hybrid) race which had originated there and had enhanced value for fodder.
In this country it is the food plant for the Marbled White and Essex Skipper butterfly. Its pollen has recently been used in a new vaccine developed for hay fever.
jamieharrop2019-02-07T11:46:00+00:00February 7th, 2019|0 Comments
Go to Top