We have all seen Monarch butterflies on TV programmes and the vast numbers that migrate across America. Yet scientists have found their population has fallen by 90% in 20 years, a loss of 900 million individuals.
This is an extract from a New York Times article which is titled
The Insect Apocalyse is here
It is a long article but anyone who persists in reading it to the end will be appalled and frightened at what is happening to species throughout the world. E.O. Wilson, the naturalist and prophet of environmental degradation has suggested we are living in the Eremocine, the age of loneliness.
Climate change may play a part in this but a large part is human degradation of ecosystems. Perhaps we should ask our Council to declare “No further loss of species numbers” to complement their “Climate Change Emergency”. But I rather sense the former would not gain any traction.
We are on a treadmill and the old Chinese proverb is a warning,
“He who catches a tiger by the tail can never let go”.
jamieharrop2019-04-25T12:08:00+01:00April 25th, 2019|0 Comments 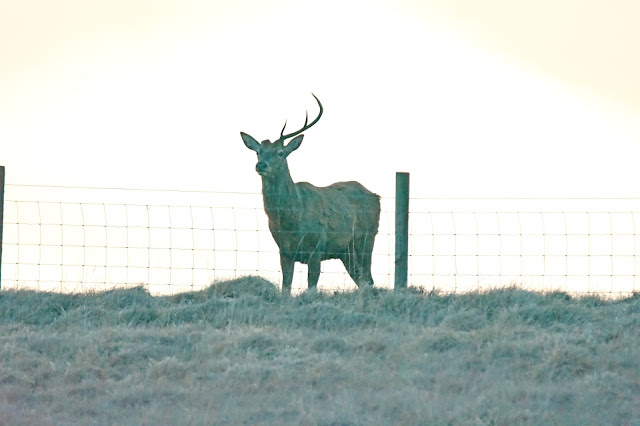 Phil Dyson sent me this of a stag on one of our highest moors. The sheep fence would be no barrier to it. It has shed one antler, and no doubt the other will fall soon. Whether it is a true Red Deer, a Sika, or a hybrid is beyond my experience. A magnificent animal to come across out on the hills in any case. Well done on the editing to make it clear, Phil.
jamieharrop2019-04-21T16:26:00+01:00April 21st, 2019|2 Comments

A walk to White Holme, from Turvin Road, and part way along the drain, brought me my first green hairstreak up here, plus many green tiger beetles, a few emperor moths and lots of peacock butterflies.  I also heard a reeling grasshopper warbler and a merlin flew northwards over.  It was also nice to bump into and chat with a man from Halifax Scientific Society.  I think he was called Pete Smith. 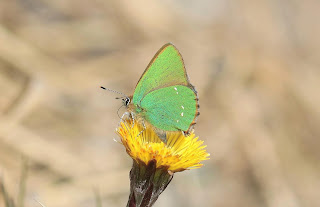 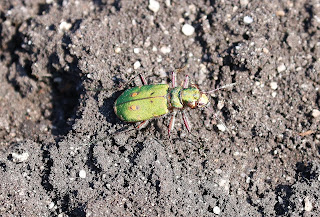 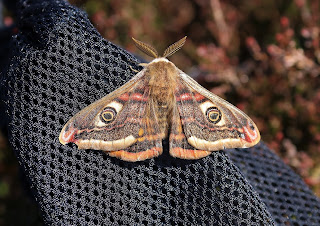 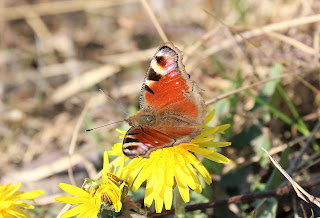 By the promenade adjacent to Elland Wood on A629 south of Salerhebble.

An others this year?

This tree in Nidderdale caught my eye. It was in a field and appeared nearly dead and not worth looking at. But I could see there was something about it that made me climb a fence to have a closer look.

It was an old Rowan that had suffered badly, perhaps from grazing animals eating its bark. This should have made the tree go into terminal decline and as you can see it was well on the way to expiring.

What the Rowan decided to do next is remarkable. It sent aerial roots down through its own decayed trunk, using its own mulch of nutrients to keep alive. The old carapace then burst open and a new tree has appeared with strong multiple roots and stems. The old crown has decayed and fallen over, to be replaced by a lower and younger crown.

The resilience of trees is amazing.
Rowan tree in the distance next to the wall 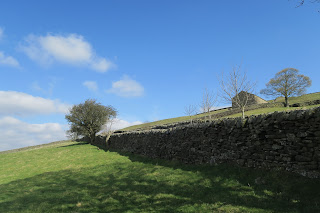 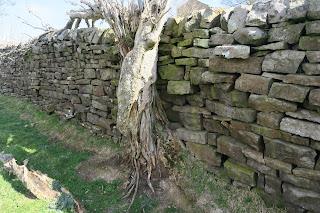 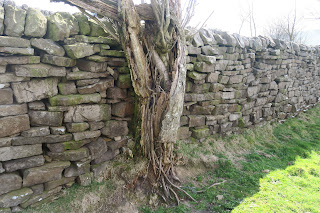 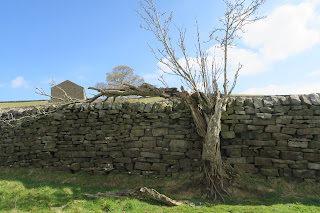