the Peregrines at Square Chapel Spire (Piece Hall or Library Spire to some.) Peregrines originally reported by AB this year I believe, also by MSt. 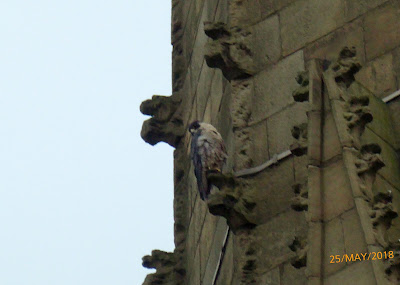 Female who came out to preen.