A bit of colour in a rainy spell – Scarlet Elf Cup

A bit of colour in a rainy spell – Scarlet Elf Cup 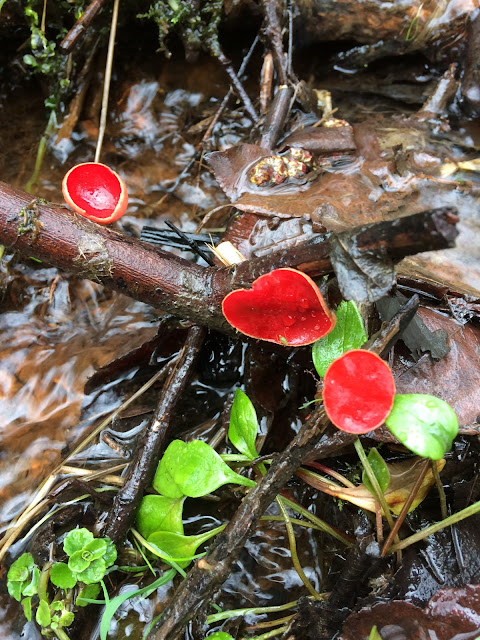 Scarlet Elf Cup – Sarcoscypha austriaca
This fungus disappeared from Calderdale for many years and started being found a little in the 1970s, then gradually more till it’s now fairly common.
It grows on rotting willow branches on the ground, sometimes when they’re covered by fallen leaves.
These were growing near Woodhouse Lane Todmorden, when it was fruiting like this in three places on  6.3.19
Old texts say it was once popular as a Christmas decoration, but in my experience it always appears well after mid-winter. Maybe they collected and dried it for the following  Christmas.