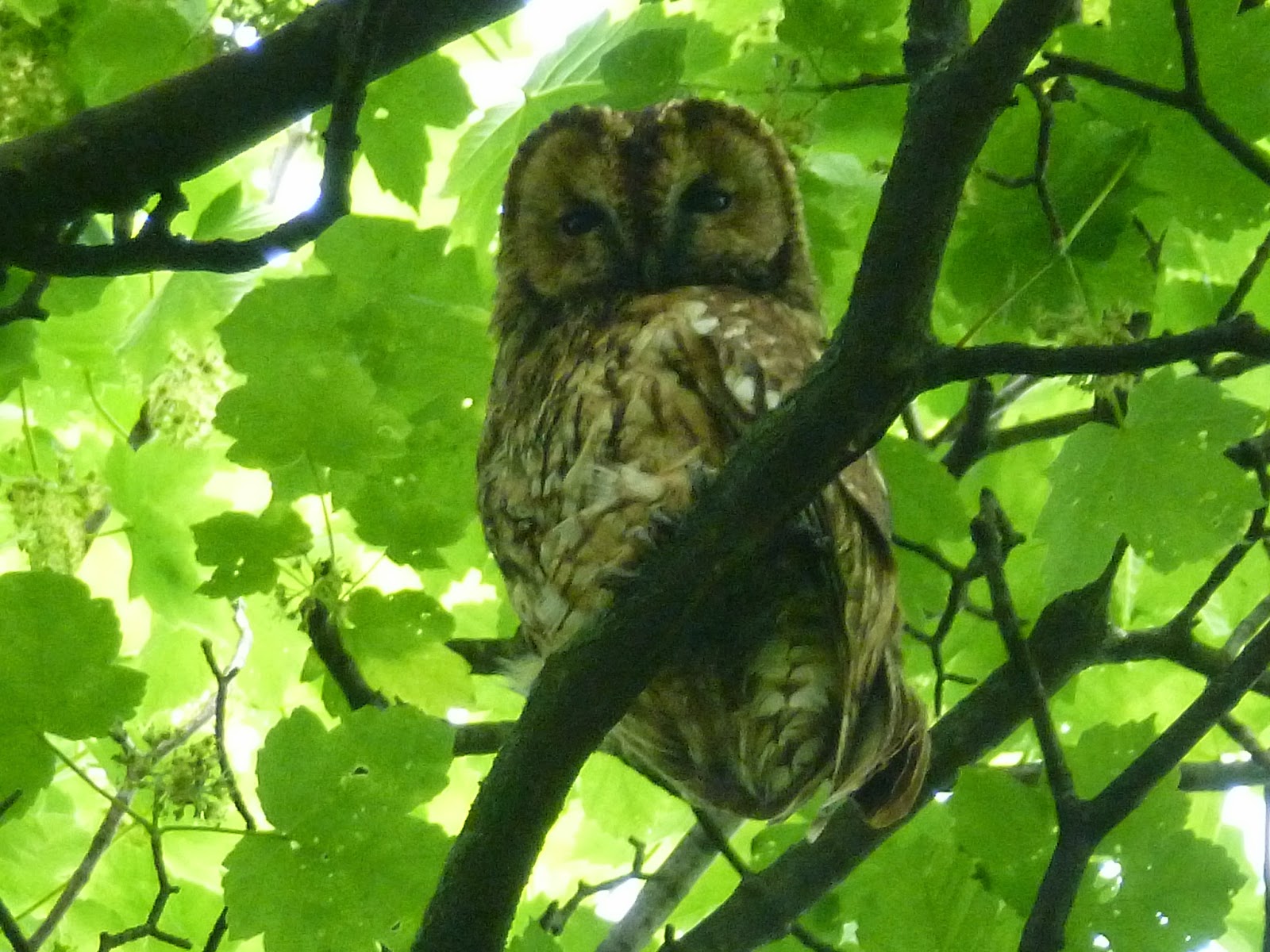 Tawny Owl at Salterhebble this spring. (Spotted along with a young chick by both me and Charlie Streets independently.)
—————————————
Yesterday, mid morning, I heard one of these in the garden I was working in.  I have heard them calling in the daytime before. So I stopped what I was doing and stared at the tree the sound was coming from.
A Jay flew out of the tree and across the garden. It flew to a sparser tree where I could see it, and I heard the owl call again. It was the Jay doing a perfect imitation of the juvenile owl’s “Kyick!” call they make to alert their parents where to bring the food to.
Owl juveniles do this for almost the whole of their first year apparently. I wonder if other Tawnys I have reported as calling in the day time have been Jays. I suppose the best pointer is if other birds are mobbing or making alarm calls nearby.