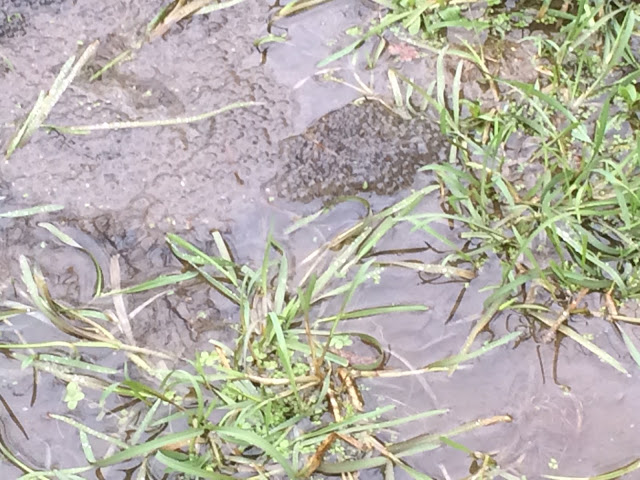 Frogspawn in a swampy field near Sowerby Bridge 3/3/19
Ranger Natalie Pownall reported some the previous weekend at Gibson Mill, Hardcastle Crags, which was the first I heard of this year. 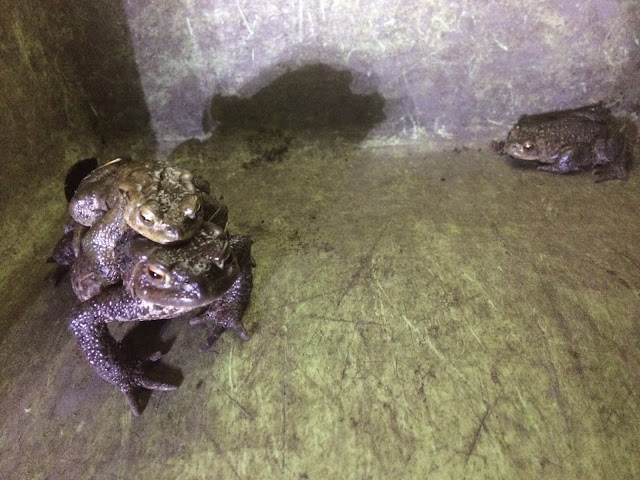 Toads spotted by Annie Honjo and picked up off the road at Copley New Road just after dark on 3/3/19. The smaller male often arrives on the back of the larger female, as here.
Re: Frogspawn. This can be seen from a distance when freshly laid, as it tends to float high in the water. Later it sinks below the surface. You can estimate the number of pairs of frogs as each clump comes from one pair, and that is their lot for the year.
Toads: They usually appear later in the year than frogs, and cross the roads in swarms trying to get to their ancestral ponds, when they often get decimated by traffic. It has to be about 8C for them to move, and it happens just after dark very often. Their spawn is harder to see, as it is in long strings in deeper water. Many people go out in the evening to pick the toads up and save them from the traffic. This can be read about on the Toads on Roads website, part of Froglife.
Steve Blacksmith, Recorder of Amphibians and Reptiles for Halifax Scientific Society.