Another tree disease to worry about

Another tree disease to worry about

Following the Ash Die-Back disease, there is another that affects Oak trees that is just as worrying. It has nothing to do with ‘Sudden Oak Death’ (Ramorum), which as far as we are concerned should be known as ‘Sudden Beech Death’.

Confusingly, this new disease is called Sudden Oak Decline and is affecting many trees in the South and East of England. The Forestry Commission say this new condition has the ability to affect the landscape in the UK as much as Dutch Elm Disease in the 1970’s.

There is a lot of money and research being put into finding the cause of this Oak decline (affected trees can die within 5 years). This photo of a notice board at Burghley Park explains it well. Also this link has good info and a video http://www.forestry.gov.uk/acuteoakdecline

The board was impossible to read as it was covered in dirt but a wipe with tissues soaked in pop did wonders. 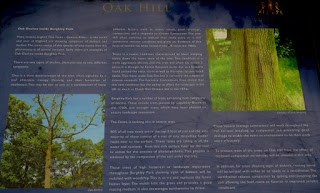