jamieharrop2014-11-09T14:06:00+00:00November 9th, 2014|0 Comments
I was asked to contribute a small piece about the Autumn Crocus to BEAT (Balckshaw Head Environmental Action Trust,) so I thought I would let blog visitors read it.
The Autumn Crocus Crocus nudiflorus in Calderdale                Steve Blacksmith November 2014
The Autumn Crocus  flowers appear between mid- September and  mid-October, and come up in the grass, or the leaf mould under trees  with none of their leaves, hence nudiflorus. They are a strong purple, with, if you’re lucky to catch them in warm sun, prominent golden yellow stamens. Their “stem” is a long white corolla tube which Crocus have instead of a conventional stem.  The ovary remains underground. The leaves can start appearing as early as November, but are at their full length in spring. They make swards of greenery, looking like grass, because they come up from a dense underground mat of rhizomes and corms.
In Victorian times Halifax was a destination to see the “Halifax Crocus” as it was dubbed, with botanists taking advantage of the new railways and plentiful branch lines to get to the Crocus fields, where they could apparently stretch for miles, for example in one field after another in the Ovenden Valley up towards Bradshaw.  The easiest site to direct you to nowadays is at Cold Edge, on the way up to Ovenden Wind Farm, a field on the left, in front of the cream-painted house has a large colony visible without getting out of the car. SE046306
Some sites we have lost or not relocated are at Great House, Todmorden;  another at Hubberton;  and the third was said to be on the left bank of the Calder, above the bridge at Brearley.
It is not a native plant, but was introduced probably from SW France in the Middle Ages. It is said to occur in Lancashire, Derbyshire, Nottinghamshire, Shropshire and Staffordshire. There is much confusion among non-botanists with another superficially similar plant, Colchicum autumnale, which garden centres insist on wrongly labelling “Autumn Crocus.”
Confusion is compounded by the common name for Colchicum, Meadow Saffron. The spice only comes from crocus species. All parts ofColchicum are strongly toxic, though it is being investigated for medicinal uses. Saffron, once the most expensive spice, was used in medicine, dye, ink for manuscripts, and later as a food colourant/flavouring. The use of our local Crocus as a source of saffron is conjectural, though it was obviously cultivated in fields for some reason.
C.nudiflorus is a true crocus, with three, not six stamens as Colchicumhas, and is one among a handful of species that flower solely or partly in autumn.  In the 1950s there were 23 sites known, but the Halifax Scientific Society surveyed  from 2003 to 2009 and increased the recorded sites to about 37.
The earliest record is in James Bolton’s Flora of Halifax, when in 1775 he noted a patch in Well Head Fields, which remained as fields up to the 1990s. They are now in someone’s back garden, and I don’t know how they are faring. This is opposite the Shay Football Ground in Halifax.
The survey culminated in a booket “The Mystery of the Autumn Crocus” which I produced with a grant from the Green Business Network. This included some practical conservation work as well. Some of the old colonies have been broken up into smaller ones, but we did add some more colonies to arrive at the increased total. The combined number of blooms, though, must be greatly reduced from the 19thC, and even the 1950s, so it is definitely a plant of conservation concern.
The20 page booklet with colour photos is available from Halifax Scientific Society price £5.00, all of which goes to the Society. Or by post, see our blog at Calderdale-wildlife.bogspot. It is free to members of Halifax Scientific Society. 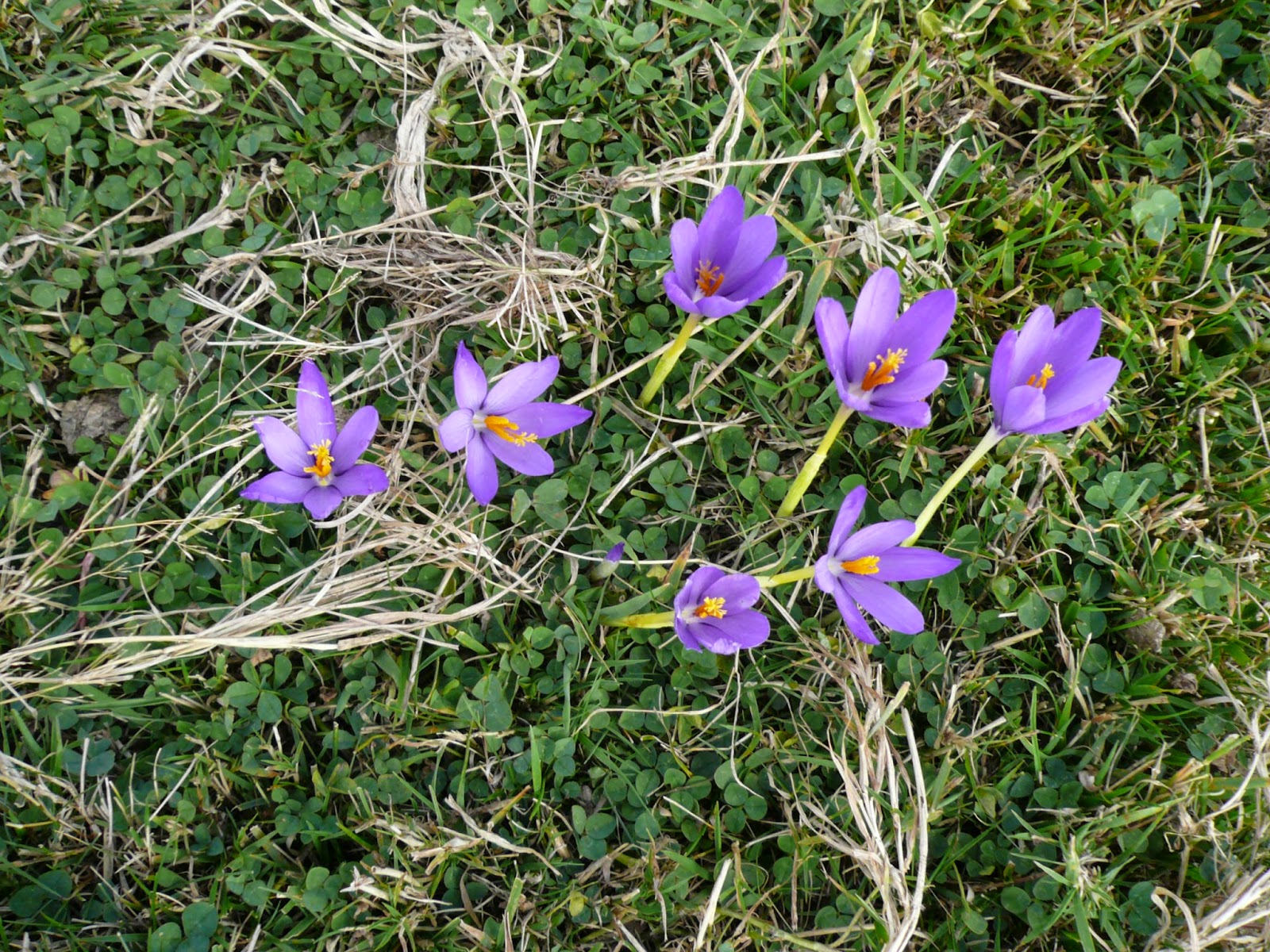 The picture is of them in their wild state in SW France, in the foothills of the Pyrenees, south of Foix in the Ariege district. Cattle and horses graze free range around them but avoid them.
With thanks to all who helped with the survey, especially Linda Kingsnorth, who took the picture.
I am constantly finding out new things about them, for instance this year the leaves have started growing in November, when we always thought of them as being up in February to May. It was a very early year for the blooms as well.