jamieharrop2016-04-01T20:49:00+01:00April 1st, 2016|0 Comments
The lovely Fern Leaved Beech in Centre Vale Park Todmorden was felled today. It was a victim of Phytopthora ramorum disease, which is a very serious fungal like pathogen.
Shame to lose this tree as there are now only two Fern leaved Beech in Todmorden–one near Holebottom and the other at Dobroyd. 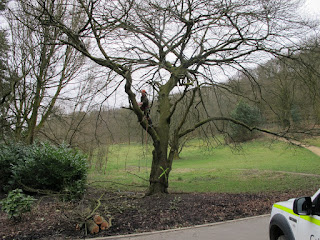 Also felled was this common Beech, about 175 years old, which was dying from Phytopthora symptoms. I was intrigued by the unusual growth pattern which had created these isolated growth columns, separated by included bark reaching to the centre.
It almost looks as though it could have been a bundle planted tree, ie one where numerous individual saplings are planted in the same hole. This was sometimes done on boundaries and as the saplings grow they fuse together and create a more spreading crown and large feature tree. 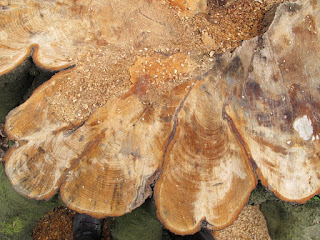 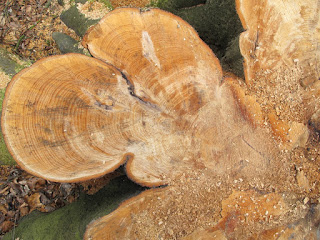 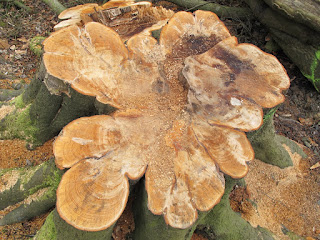