On Saturday 17th June, nine of us met at Heathfield Prep for a birdwatching ramble in the Rishworth area, taking in Booth Dean and Turner Clough with its breathtaking views of the River Ryburn. Some of the terrain was a tad challenging but the rewards were worth it – wild and untamed areas of woodland where we spotted some fascinating moths as well as birds. Steve did his usual half-hour count of bird species which totalled 17. Later, we saw two Buzzards, the first of which was of such a size that Charlie said he would possibly have identified it as a Golden Eagle had we been in Scotland! Out of the woods, we were treated to more butterflies and moths, with a possible first for Calderdale identified by Charlie as Grapholita compositella, or the Clover Seed moth. There were a good number of Speckled Wood butterflies and I was very excited to see a Yellow Shell moth for the first time in two years! Julian took an excellent shot of it, shown here, which was no easy task on such an extremely bright and sunny day. As for mammals, one young Roe deer was spotted, one rabbit and one squirrel. There was also evidence of moles in the form of molehills.
Plant species were also noted; Julian photographed a Southern Marsh orchid – identity now verified by Peachysteve.
On our way back down the road, Steve and Charlie spotted a Ruby-tailed wasp, which Steve managed to photograph very well in spite of the insect buzzing around at high speed.
It was a great ramble despite the heat, and – as always – it was a wonderful privilege to be walking with experts! 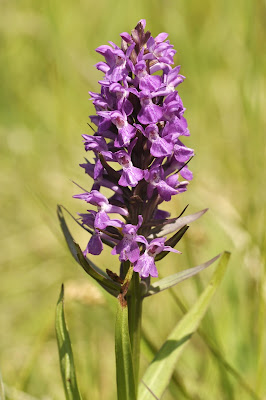 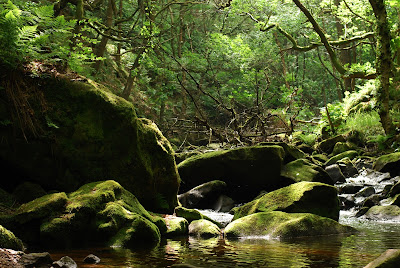 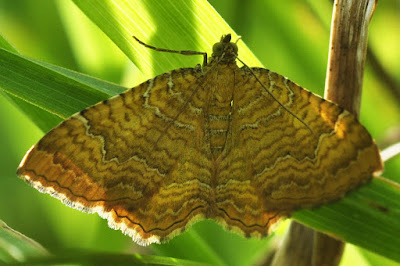 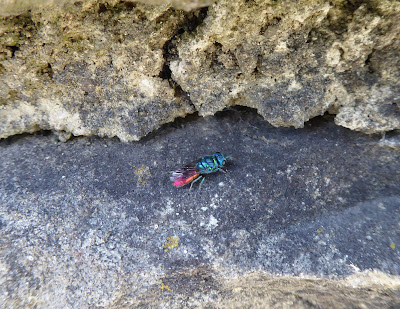 Ruby-tailed Wasp Chrysis ignita SB
Charlie Streets explains it would have been searching the cracks in the wall for other wasp nests or those of  mining bees to parasitise. Only about the size of a bluebottle fly, it must qualify as one of the most superbly-coloured insects in Britain.