Can you guess what it is yet? (UPDATED)

Can you guess what it is yet? (UPDATED)

Some of you may remember a caterpillar found by Julian on last September’s walk to Bradshaw. It was unusual because of the foodplant it was found feeding on – Himalayan Balsam. It was for this reason I took it away to rear through. After spending the winter in my garage as a pupa it has now begun to “colour up” significantly with all manor of shapes and patterns appearing.

Originally I suspected it was an Angle Shades but due to the smaller than usual size for this species and the fact it hasn’t overwintered as a larva I’m quietly confident it’s the smaller cousin – Small Angle Shades. It’s a rare species for me with not using a light trap so looking forward to the adult which should be out early next week. 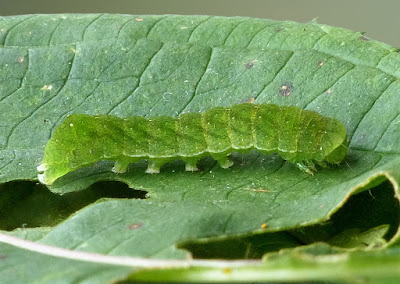 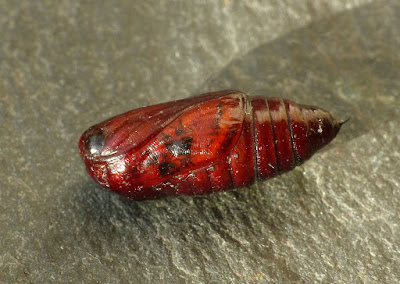 The pupa this morning 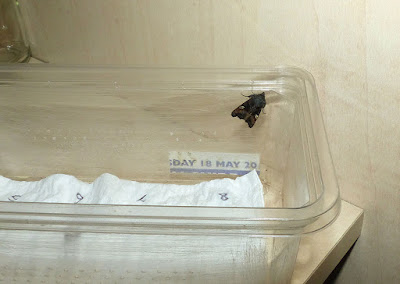 Bang on time the adult emerged on Tuesday morning. A quick record shot in the early morning gloom suggested this was a rather dull looking moth…. 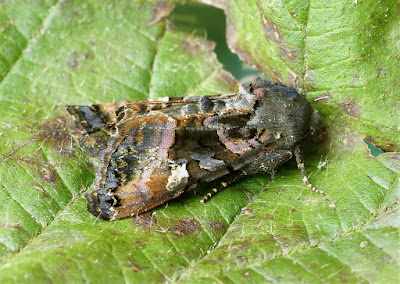 But another shot taken later that morning in more flattering light shows off all the intricate patterns and colours that so many moths have but which go largely unnoticed.
Just need a few million of them now to keep that Himalayan Balsam under control.
Thanks to Julian for finding the larva in the first place!