In the Colden Valley today I walked through the short section that is mainly mature Beech trees. As a contrast to the surrounding mixed woodland it is very attractive. I noticed that a couple of the old trees were suffering badly from bleeding canker, Phytophthora, but not determinable to species without laboratory testing. Many Beech throughout the Calder Valley are dying from the effects of bleeding canker. 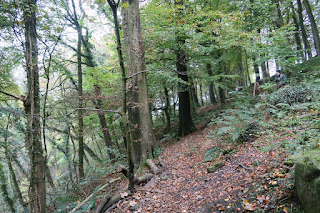 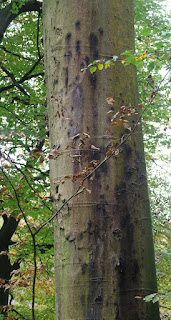 Another nearby with same disease 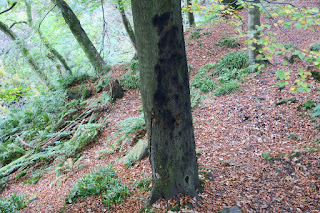 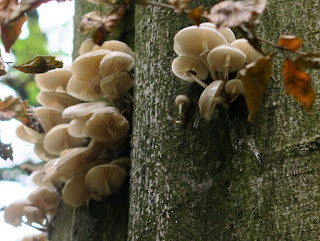 Sycamore cut down but still on its two feet 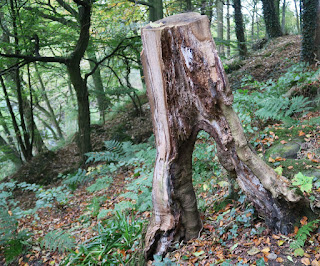 And sending out new growth. Supported sapwood is all it needs to keep character in the woodland. 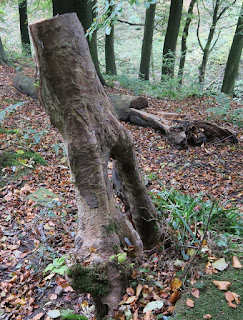