jamieharrop2013-05-30T08:11:00+01:00May 30th, 2013|0 Comments
Whilst Oliver and I were at Cragg Vale park, we popped into the wood, adjacent to the park and found there were lots of Ilex aquifolium trees, some with dead branches. I took one of the dead branches home to examine further, as it had a white crust and it was covered in a black sooty substance, which I now believe to be honeydew. I rehydrated the branch in water and discovered, by coincidence it was also covered in Crystal Brain (Myxarium nucleatum). 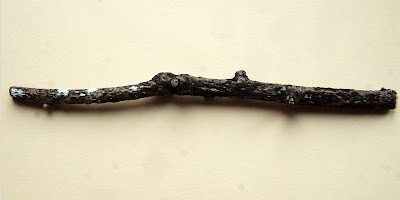 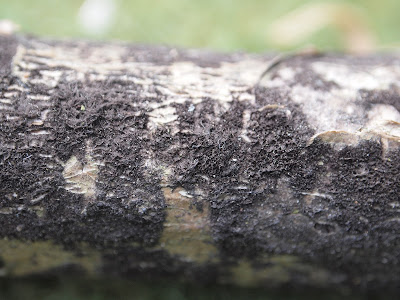 Honeydew on the bark above, viewed microscopically below. 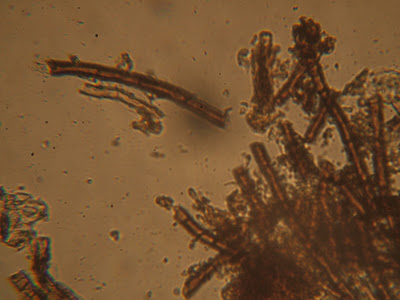 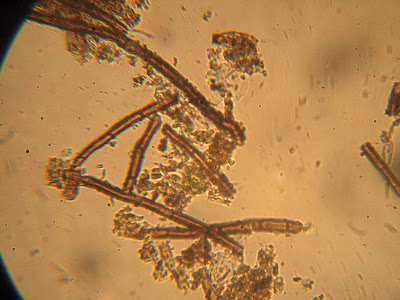 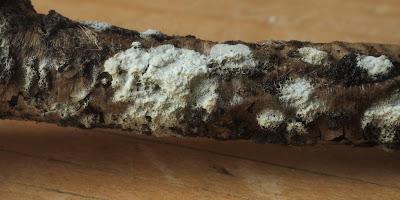 The white crust fungi, I haven’t been able to identify, as yet. 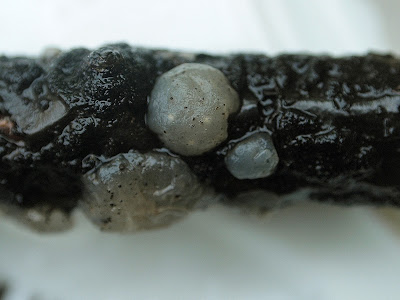 Rehydrated Crystal Brain (Myxarium nucleatum), above and below. If you look closely you can see the Calcium oxalate inside. 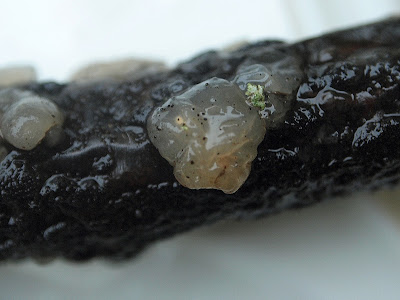 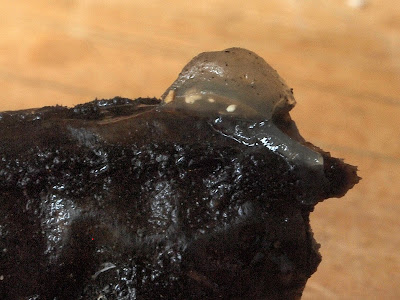 I cut into a section, to show the granules inside. 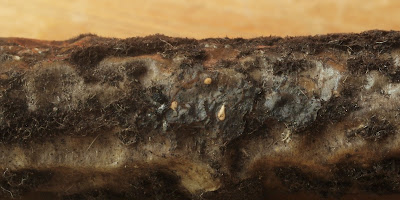 Dessicated Myxarium nucleatum, above and below. The granules are now clearly visible on the bark. 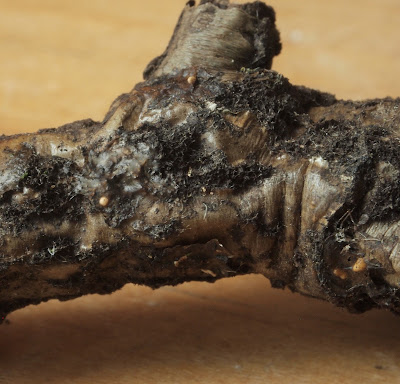 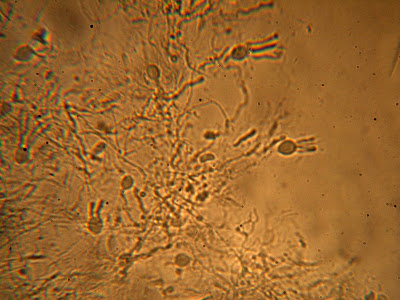 Under the microscope you can see the basidia look like jellyfish. 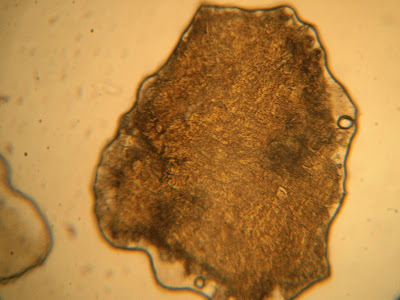 I squashed one of the granules as best I could, and viewed it under the microscope.