jamieharrop2014-01-17T14:39:00+00:00January 17th, 2014|0 Comments
Whilst Peachysteve and I were having a walk through Crimsworth Dean we came across this pair of Mallards which appeared to be asleep and did not make any movement whilst we passed by with the dogs – Basil and Lace. At the time we did not notice that they had one eye open as they were on the far side of the dam and Steve used the zoom on his camera to capture them. Peachysteve mailed me later after doing some research and said that they were in a state of unihemispheric sleep, where one cerebral hemisphere sleeps whilst the other remains alert and this is widespread in birds and in just a few aquatic mammals. This is an evolutionary process that protects birds from predators and aquatic mammals from drowning. 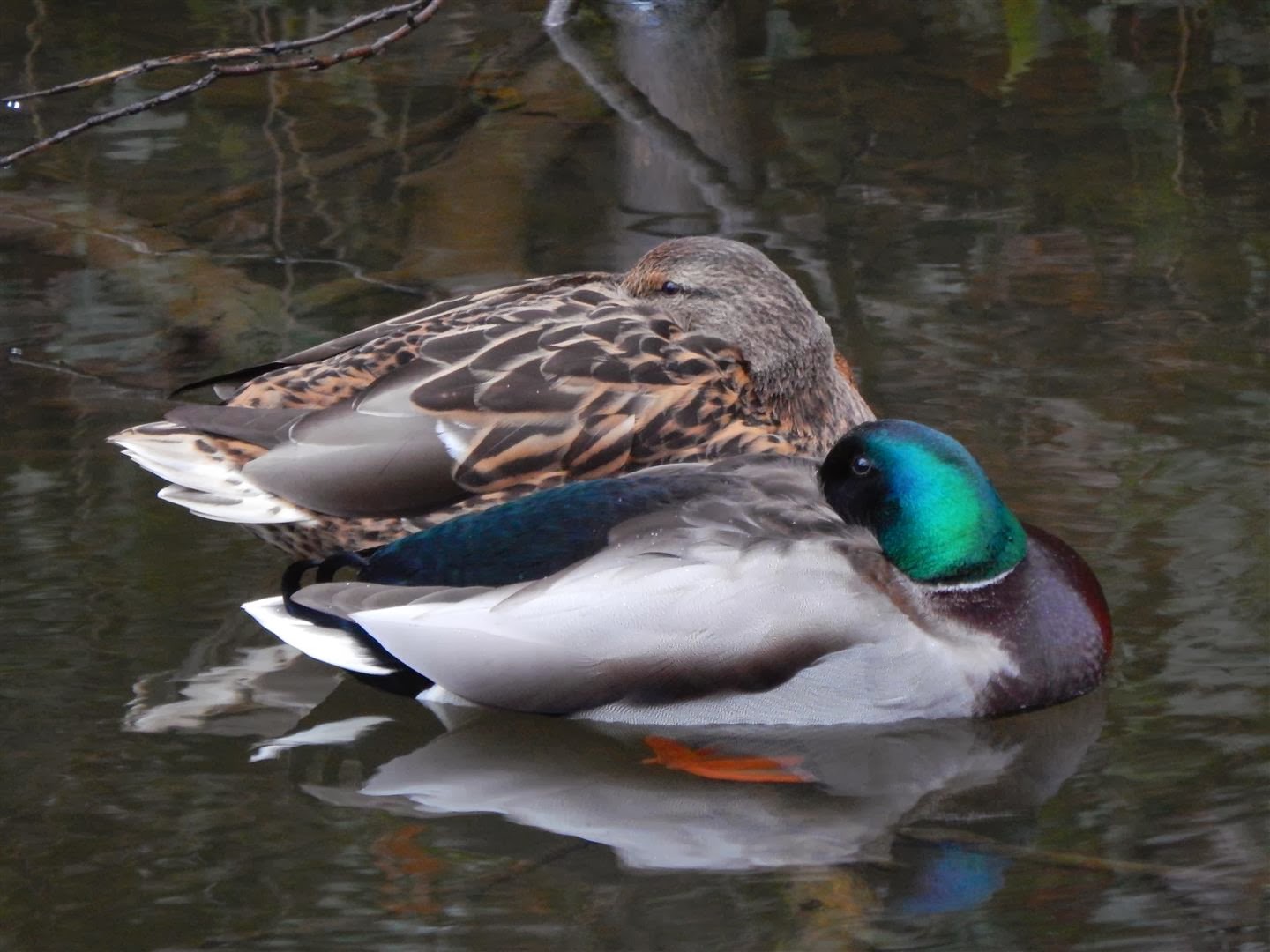