Darnel, also known as Cheat, is a grass (Lolium temulentum) now extinct in this country but before modern cleaning of seeds was a very common weed in cereal crops. It is very similar to wheat and cannot be easily told apart until the grass produces seeds. The toxin is contained in the seed and is a narcotic alkaloid–a nerve poison.

It has long been known for its poisonous qualities and is believed to be the Tares mentioned in the Bible. The Romans said it caused blindness; “Lolio victitare” (to live on Darnel) was a phrase applied to a dim-sighted person.

It causes symptoms of drunkenness, trembling, inability to walk, hindered speech and vomiting. For this reason the French called the grass ‘Ivraie’,  meaning drunkenness, which we anglised into Rie or Rye grass (not the same species but looks similar). The word Darnel is also of French origin and means stupified.

In 1861 a Sheffield workhouse had 80 inmates affected after eating oatmeal containing Darnel.

England’s only native mediaeval heresy, Lollardy, is believed to be named after this plant.

You can still see this grass if you go to Alnwick Castle gardens and enter the poison plants  enclosure, the gate will be locked whilst you are inside.

Eating bread in former times was a risky business with the chance of being poisoned by Darnel or Ergot. If that didn’t happen your teeth were ground away by the coarse sand and grit in the flour from using grindstones. The titles of Lord and Lady come from old English words for loaf keeper and loaf kneader. 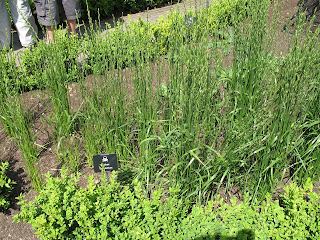 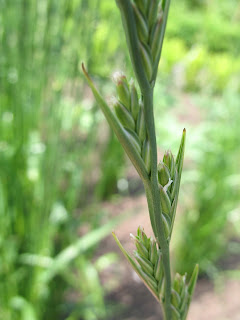