St. Ive’s woodland at Bingley is undergoing a great change as all the Larch trees are being felled.

Many of these were planted en masse so it is leaving swathes of open areas. They are being felled because of Phytophthora ramorum disease, which was only found in the country in 2002 but since then millions of (mainly) Larch trees have had to be removed.

Beech are affected by this disease in Todmorden park and I suspect throughout the valley.

The contractor said there would be re-planting at St. Ives but didn’t say with what. Let’s hope there is some design to it, so that it may eventually resemble a woodland.

At the moment it is a vast improvement, as all the unthinned mature Larch were a gloomy sight. Does it need any re-planting? 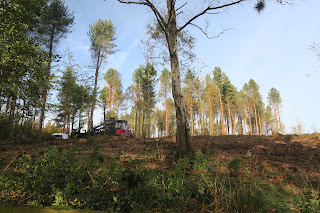 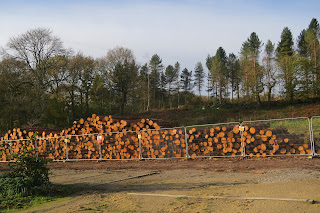