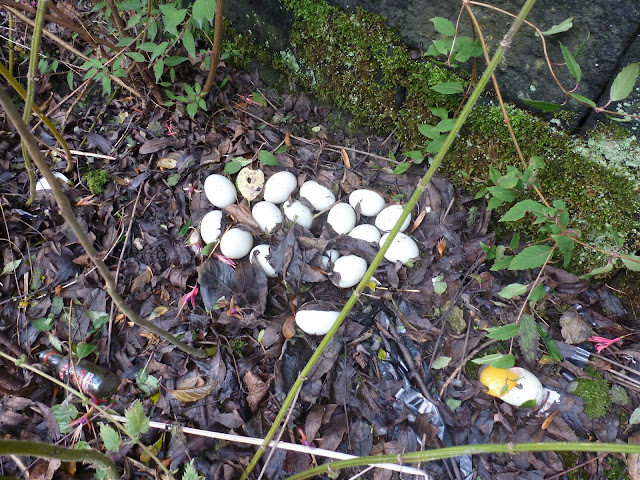 These eggs were laid under nettles on the tow path at Todmorden. The nettles have died down now. They’re near the town centre, where all the feral Mallards are fed by people.
Birds, especially waterfowl, are known for “dumping” eggs in other birds’ nests. There might be the produce of more than one duck here.
At the Raptor Forum we heard in a fringe conversation about a Peregrine pair on a sea cliff  seen tenderly feeding their prey to some Herring Gull chicks! That was in the SW of England.
This could be how nest parasitism evolved. It seemed a real conundrum to me till I heard about egg dumping. I’ve also read that there are various forms of it. Our northern Cuckoo’s habit is the most extreme example.