Elder– but am I talking Tripe?

Elder– but am I talking Tripe?

This is a most unusual Elder shrub layer in a parcel of woodland at St. Ives near Bingley and I don’t recall seeing as much in any other woodland. Elder is not commonly planted and it is difficult to know why anyone would choose to plant so much as understorey.

It is similar to nettles, in so far as both grow better in nutrient enriched soil, which can indicate former human settlement or animal congregations.

I wonder if this particular woodland was formerly stocked with pigs. They would have dunged the soil and by rootling about, all vegetation would have been removed. Elder could well have taken advantage of such conditions. 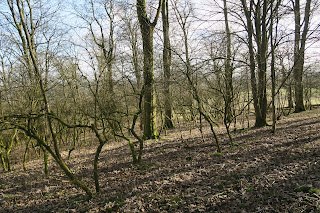