jamieharrop2019-05-06T15:04:00+01:00May 6th, 2019|0 Comments
We had nine walkers turn up to what was billed as a “tough in places” walk, tussock grass being the main obstacle to comfortable walking.
From the reservoir car park we crossed the road and went north over the moor to reach the line of rocks which mark the Scout. 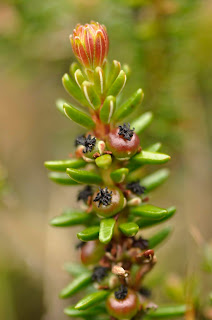 Crowberry not yet ripe
After eating our packed lunches we retraced our steps partially, then regained the road half way along the reservoir. We walked for a short while along the road away from the car park then returned to the cars along the north shore. This side of the res has a long water channel which holds a colony of toads usually, though none were seen, nor the spawn or tadpoles. Later we saw about six dried road casualties near the car park so the colony does still exist. Earlier in the year some of us saw plenty of frogspawn along the channel. 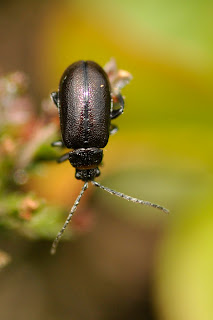 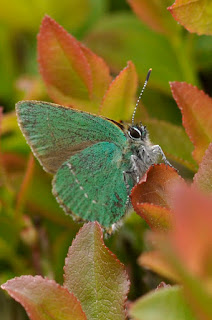 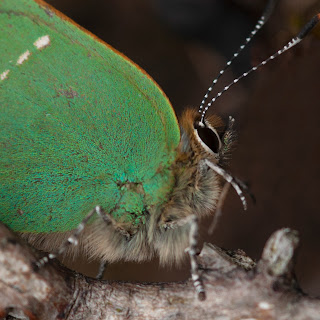 The final total was six Green Hairstreak butterflies,
being nicely photogenic in the cool temperature. 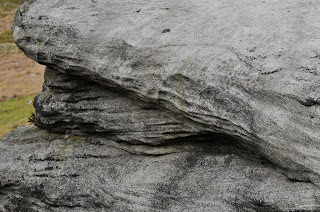 The Millstone Grit rock outcrop is spectacular in places,
including a large rocking stone discovered by one member, ever more to known as “Robinson’s Rocker” 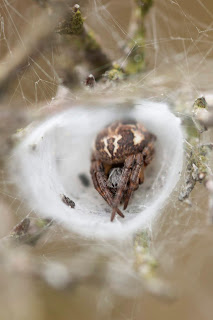 Larinioides cornutus, an upland relative of the garden spider, in its silken retreat. 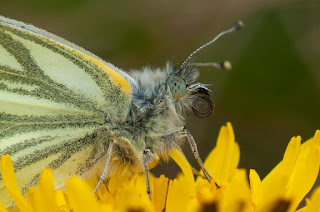 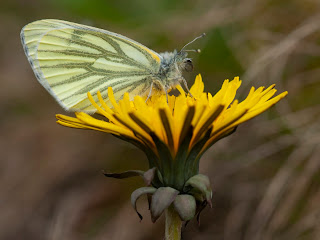 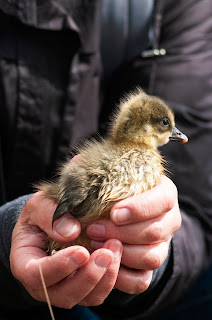 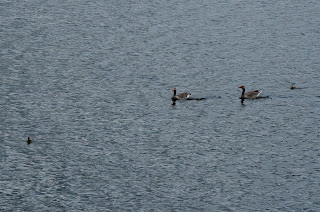 A Greylag gosling was panicking and stuck in a deep little stream until Annie rescued it. Here it is on the left regaining the safety of its parents and its only other other sibling on the reservoir.
Other birds seen were Common Sandpipers, Little Ringed Plovers, Short-eared Owl, Red Grouse, Kestrel, Willow Warbler, Stonechats, Reed Bunting, Lapwing, Oystercatcher, and the haunting call of  distant Curlews. 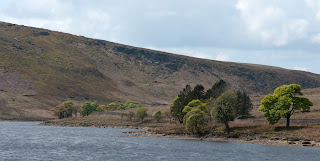 Widdop is one of our most scenic reservoirs.
Thanks for the great pictures and identification Julian.
Text by SB