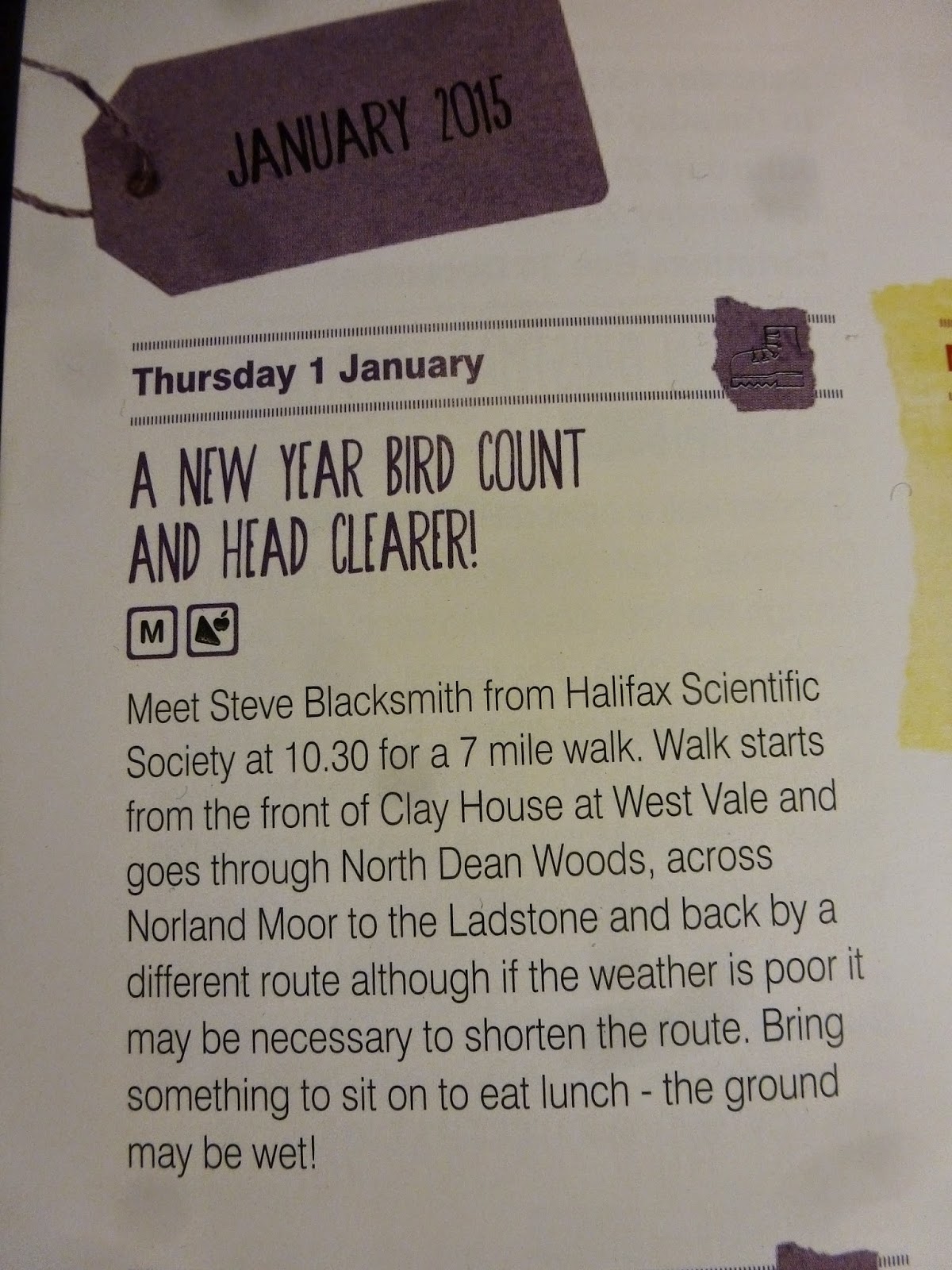 A regular count over the same walk builds up into a snapshot of birdlife in our time. In future those who look back may notice differences, or similarities.
This year (2014) the New Year Bird Count over this walk gave us 18 species : –
1.1.14
Clay House – through North Dean Woods and across Norland Moor to the Ladstone, and back.
Caol Tit
Great Tit
Blue Tit
Jackdaw
Blackbird
Carrion Crow
Magpie
Feral Pigeon
Black-headed Gull
Woodpigeon
Jay
Robin
Great Spotted Woodpecker
Treecreeper
Common Gull
Chaffinch
Grey Wagtail
Dunnock
There were five walkers plus two dogs. (Room for plenty more this time.)
Bring a packed lunch. It can be muddy in the woods and windy on the moor.
Contact me if you’re on your way and can’t find Clay House at West Vale.
07715005379
Report on the Walk 1.1.15:
Eleven people turned up to my surprise, a good number. Some old friends and new.
The first part, through North Dean Woods, it was dry but overcast, and we were taking layers off – it was so warm.
We noticed the extensive thinning that has been going on near to Clay House. This might bring some summer migrants back, after the understorey has re-developed in the sunshine, like warblers and the two species of flycatchers which disappeared from there some time ago.
The most prominent fungus was the Birch Polypore as usual, being big and noticeable to the non-mycologists on the walk. I also noticed a dog-chewed stick shot through with the turquoise of the Green Elf Cap fungus Chlorociboria aeruginascens; the one that stains the timber and makes it valuable to marquetry workers. (I searched for “fungus Tunbridge ware” and found illustrations of the work.)
At the disused church at Copley we noticed on the outer wall by the Lych-gate a luxuriant specimen of Hart’s Tongue Fern, and beside it several plants of a corrugated form of it. One frond has a forked midrib. 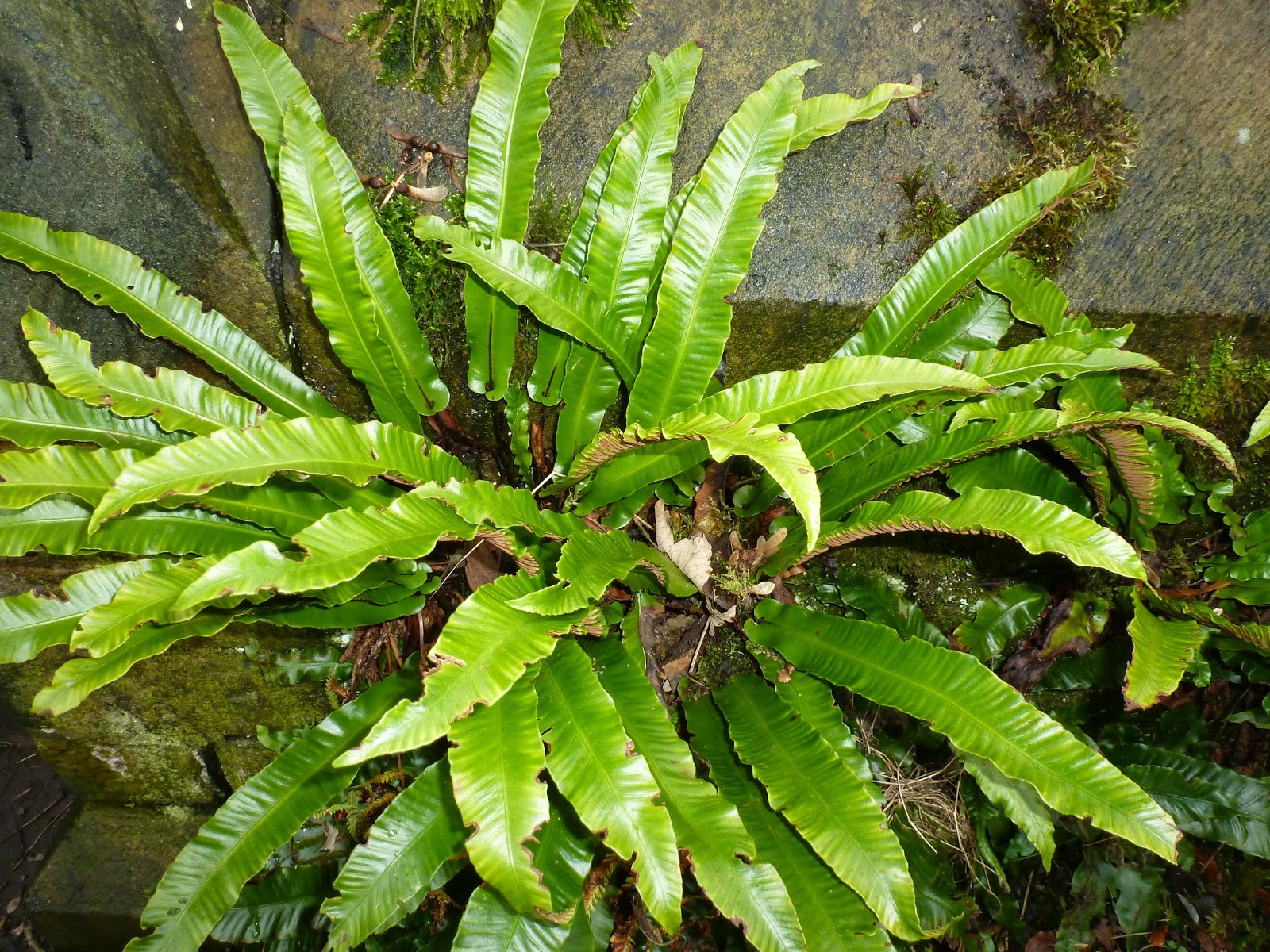 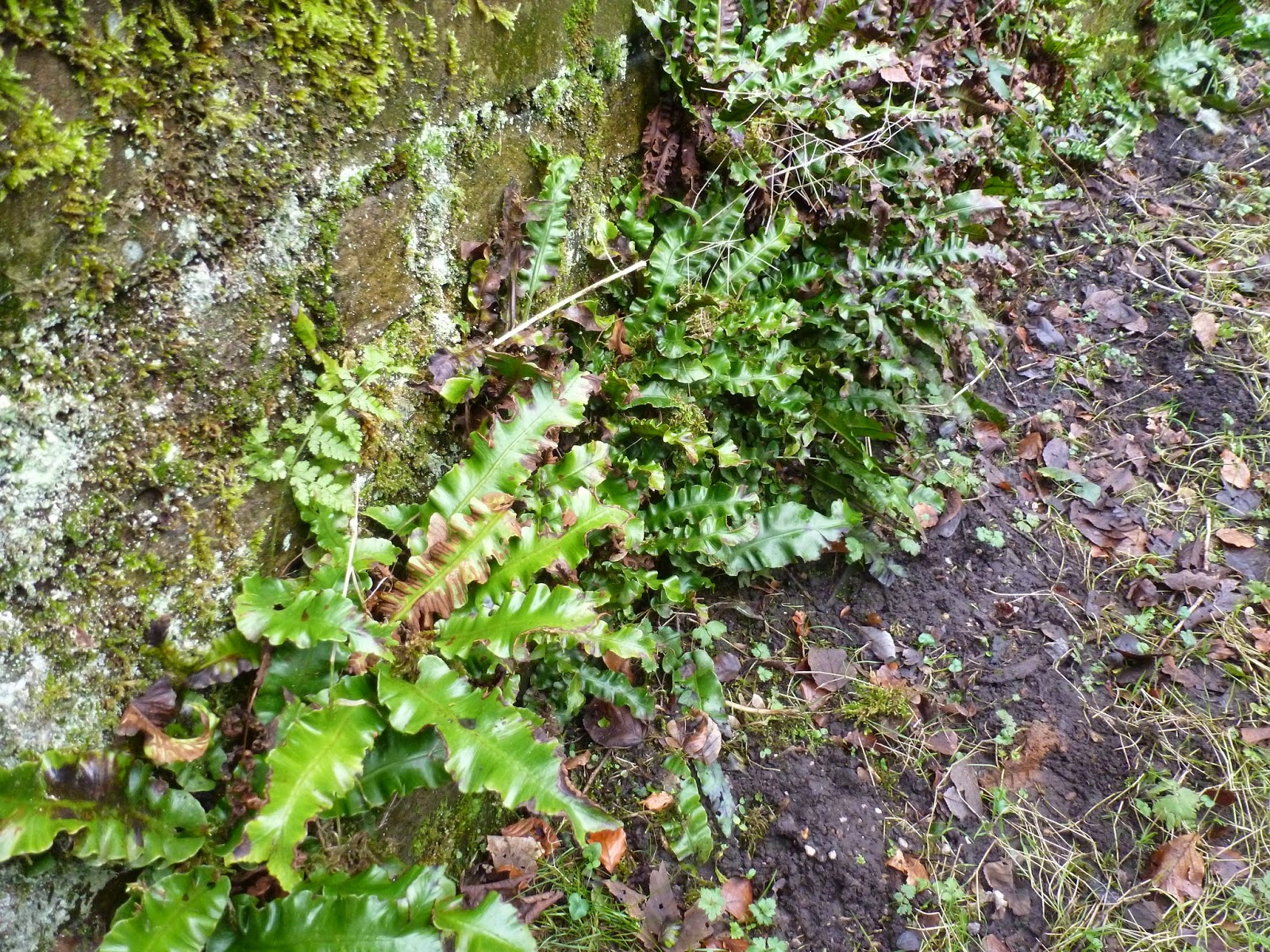 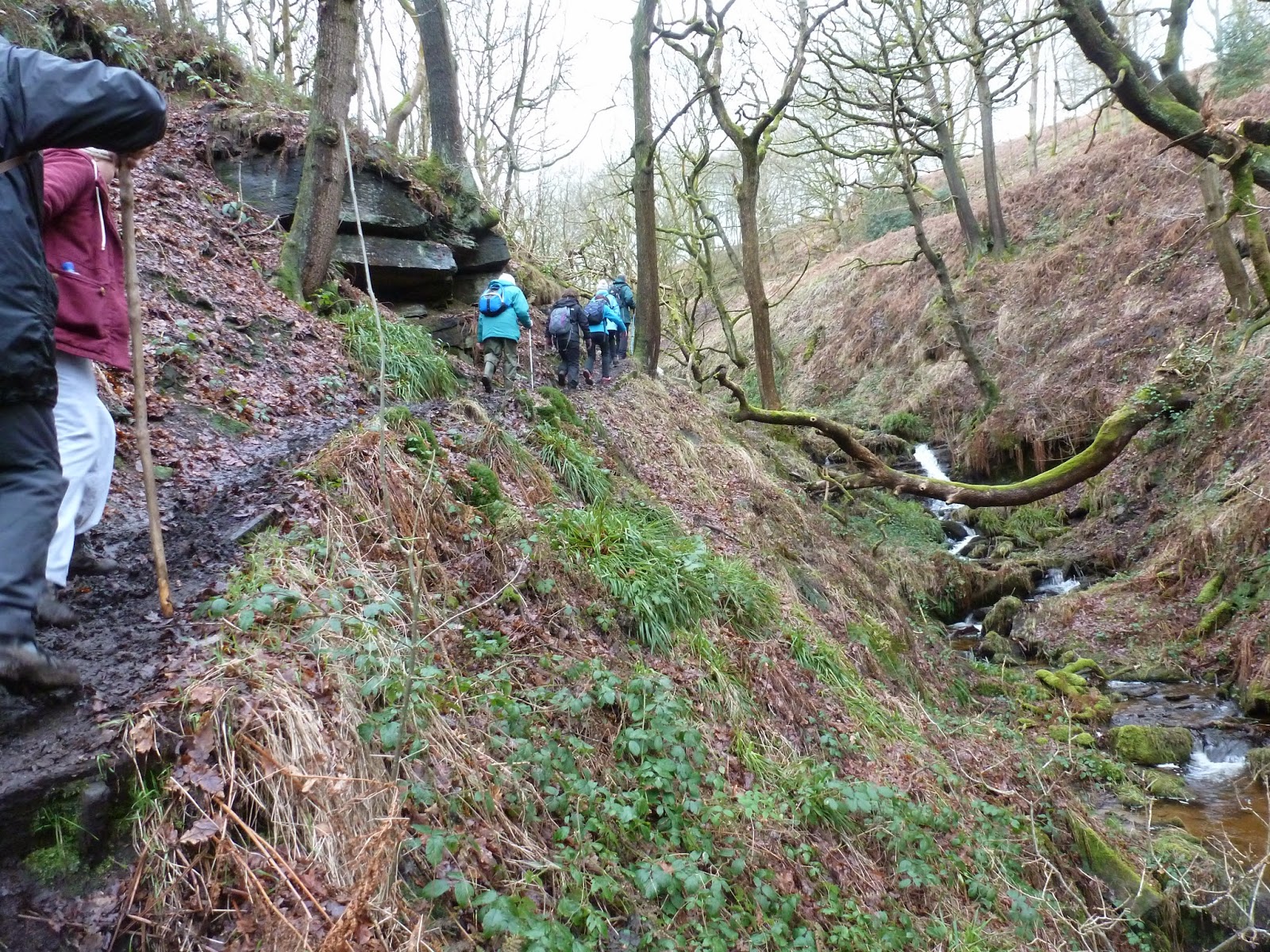 We had all together 21 species of bird, three up on last year, despite missing out the Norland Moor section, due to a strong squall of wind and rain blowing up as we reached the top of Norland Clough.
Two grey squirrels were the only wild mammals seen.
Birds Seen:
(Some on way there.)
Blue Tit
Coal Tit
Woodpigeon
Collared Dove
Blackbird
House Sparrow
Magpie
Robin
Dunnock
Great Tit
Goldfinch c.8
Chaffinch
Carrion Crow
Jackdaw
Fieldfare (2)
Large Gull – unidentified
Kestrel
Feral Pigeon
Mistle Thrush (2)
Redwing (1)
Black-headed Gull