jamieharrop2019-10-14T11:04:00+01:00October 14th, 2019|0 Comments
Several days worth of rain followed by a fine and pleasant Saturday resulted in another fantastic trip to what is fast becoming one of the best sites in Yorkshire to see grassland fungi.
The strategy to maximise our chances of finding the most fungi was to form a line with a couple of yards between each other and slowly progress forwards.
It worked very well most of the time but as you can see here everybody easily became distracted by the never ending supply of interesting finds
(Photo by Steve Blacksmith). 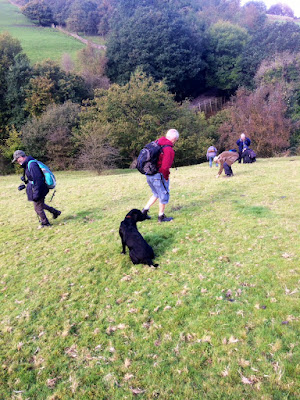 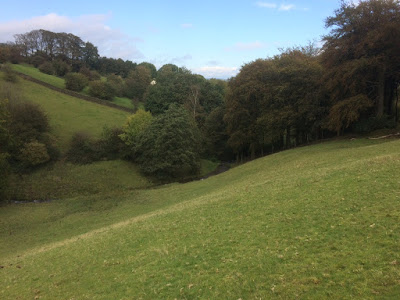 Another of Steve’s photos looking from Gosport Clough back towards Holywell Green. 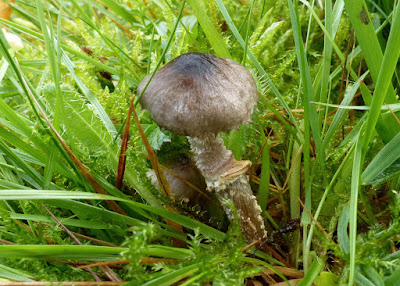 Star of the show for many was this Powdercap Strangler (Squamanita paradoxa).
It’s one of our most remarkable mushrooms which is parasitic on the Earthy Powdercap (Cystoderma amianthinum).
It takes over the host and replaces the cap and gills with it’s own but retains the original stipe,
creating in effect a hybrid between the two. You can clearly see the joint between the two species.
The only book I could find it in says it to be extremely rare! 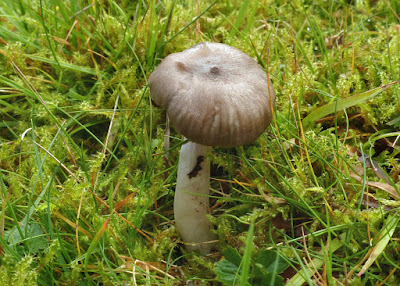 This one was suspected to be another rarity – Hygrocybe lacmus
but on further examination it now appears to be a Yellow Foot Waxcap (Hygrocybe flavipes).
The lack of yellow base to the stipe prevented a more immediate diagnosis.
Still quite a rare Waxcap by all accounts. 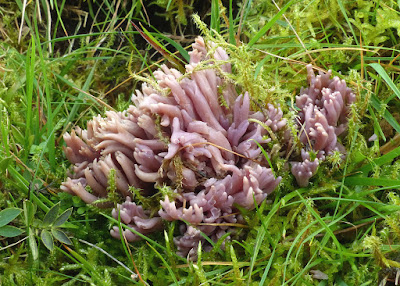 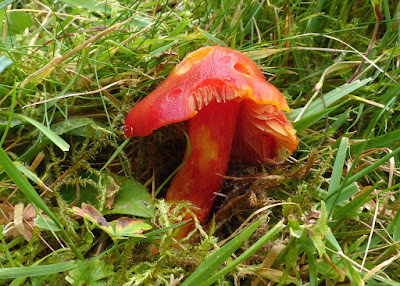 A more common but equally stunning fungi was this Crimson Waxcap (Hygrocybe punicea)
one of four waxcap species new to me on the day. 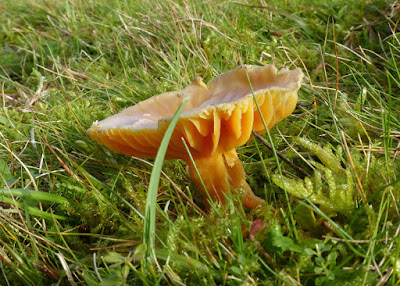 It has to be said that without Peachysteve’s knowledge and experience many of the most interesting fungi would have gone unidentified including this Oily Waxcap (Hygrocybe quieta). 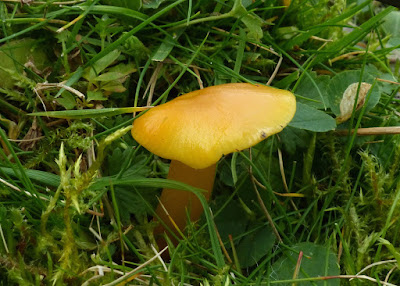 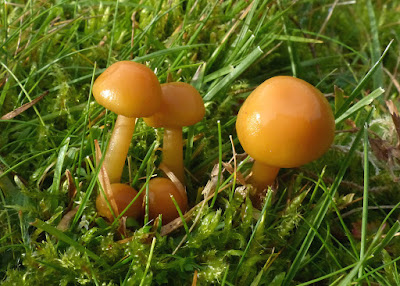 A nice group of Heath Waxcaps (Hygrocybe laeta) in the sunshine. 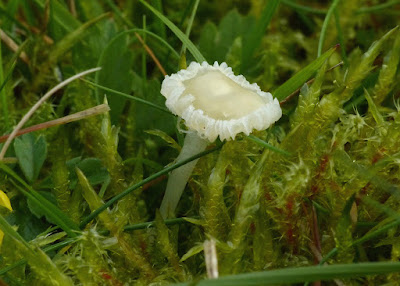 This tiny Ivory Bonnet (Mycena flavoalba) was my sixth new species for the trip. 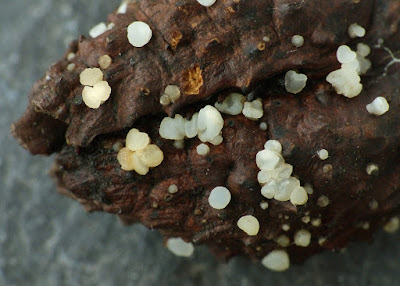 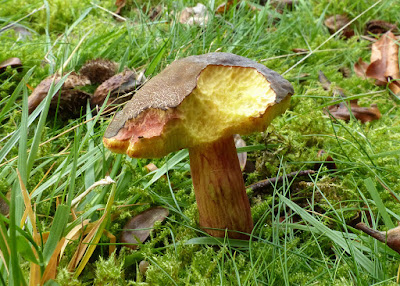 Much more easy to find was this slug-eaten but picture worthy Bolete – possibly Red Cracking Bolete. 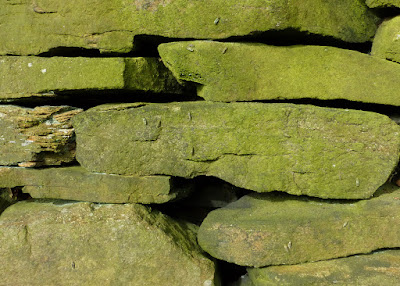 My little colony of very rare Yorkshire moths – the Lichen Case-bearer is doing well judging by this mammoth count of 17 larval cases in just one small section of wall.