jamieharrop2020-05-13T14:08:00+01:00May 13th, 2020|0 Comments
For those interested in unusual planted trees, here is one at Centre Vale park Todmorden.
It is about 25 years old and was sent from the nursery as a Red Oak.
I had walked past it all that time until about 3 years ago I realised it was actually a Hungarian Oak (Quercus frainetto).
My photo is of a dead leaf but shows it to be much larger than a native Oak leaf and has deep square shaped lobes, which are divided into sub-lobes.
The tree has not yet produced any acorns.
The native range is the Balkans and the tree was introduced to Britain by Charles Lawson, an Edinburgh nurseryman, about 1835.
A very unusual characteristic is the lovely sweet balsam smell from the autumn leaves which lasts for months if they are put in a bowl as a pot-pourri (the living leaves on the tree don’t smell).
This attribute is not mentioned in any account I have come across and may be a good way to confirm the identity of the tree.
The books say Hungarian Oak is planted in parks and large gardens but I have never seen another one, except in the arboretum at Thorpe Perrow in North York
—incidentally this also had the balsam smell on its dead leaves.
I would be interested to know if anyone knows of another growing in Calderdale.
If not, visit Tod Park and tick it off your list.
Hungarian Oak–next to the lamp post 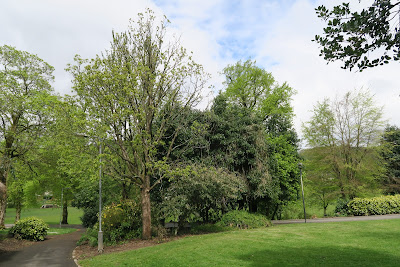 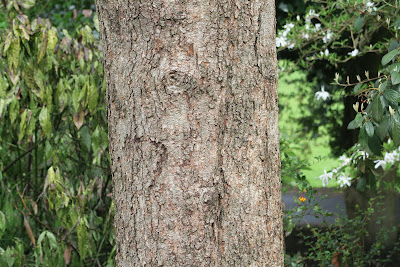 Leaves can grow up to 25cm long 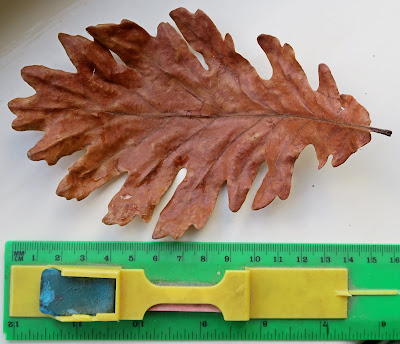