This tree is a striking example of a Manna Ash–Fraxinus ornus, which has lovely creamy-white flowers in spring. It is grafted onto our more vigorous common ash, resulting in the strange mismatch at the graft union. Introduced to Britain in 1700.

The Manna ash is cultivated in Italy and Sicily for its gum, procured by making shallow cuts in the branches and allowing the yellow gum to harden in the air. It is then made into a syrup and used as a mild laxative. 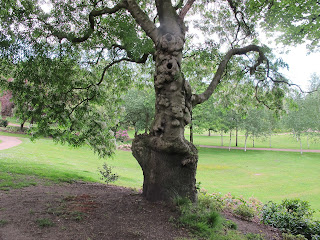 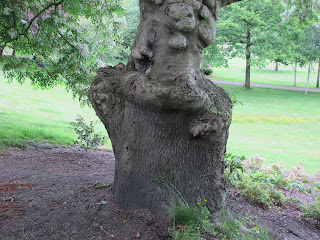 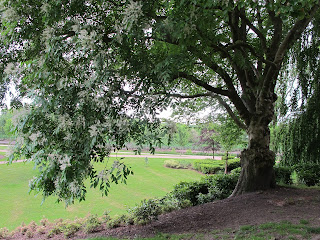