jamieharrop2015-05-16T16:11:00+01:00May 16th, 2015|0 Comments
After the Grassland Training day at Jerusalem Farm on Friday 15th
I went for a walk with the dogs in the fields.
I bumped into Portia, Stella and Jude who had been at the meeting
and we set out to find the Lousewort which Ali and I had spotted last year.
We searched for a while with no joy but it was the wrong field,
when I got my bearings we found a large area covered in pink flowers. 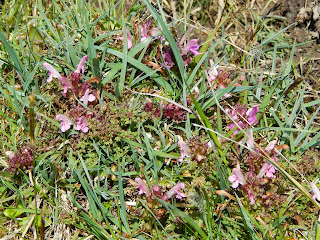 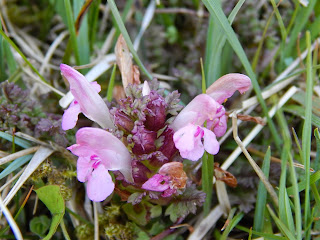 Pedicularis means Louse and it was thought that animals grazing this plant would catch lice.
Lousewort is rare in Calderdale and West Yorkshire.
This is the only location in Calderdale I have seen it and it is abundant.
Having found this we set out to see what other interesting species we could find.
It wasn’t long before Portia pointed out an interesting looking leaf. 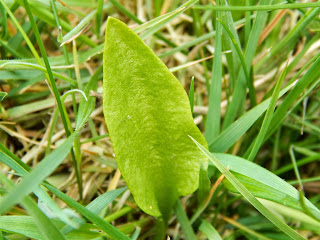 She guessed that it could be the small fern
Common Adder’s Tongue (Ophioglossum vulgatum)
A quick search showed that there were many of these leaves and some had unripe fertile spikes. 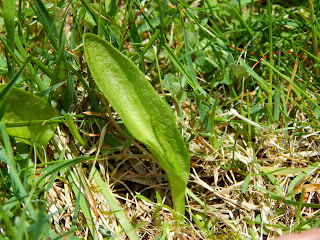 Although this is described as common in Calderdale
we are not aware of any recent records and none of us had seen it locally.
As we walked back Stella drew our attention to a Cuckoo
calling out from across the valley.
Today I returned to the site in the hope of finding some Moonwort
another small fern for which we have no recent records.
Sadly I was unable to find it but in another field further up the valley
I did find another “common” plant that I have been looking for but not yet found. 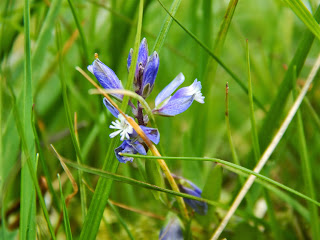 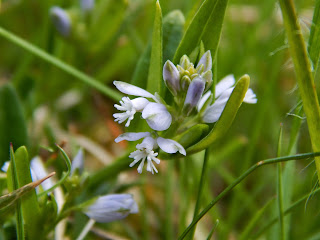 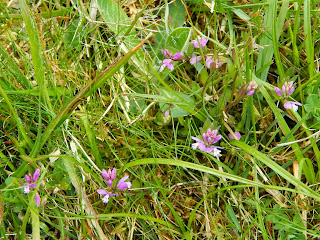 This delicate plant has pretty flowers that come in blue, pink and white.
It differs from the Common Milkwort in having some opposite leaves, often low down on the stem. 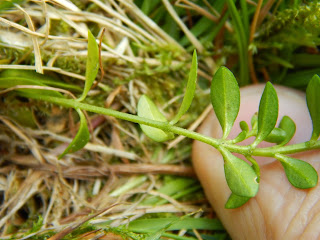 Polygala means “having much milk” and it was believed that cows grazing on this plant would produce more milk.