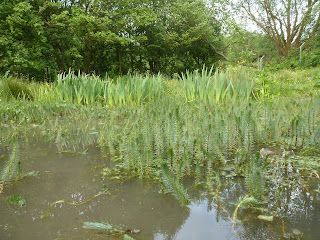 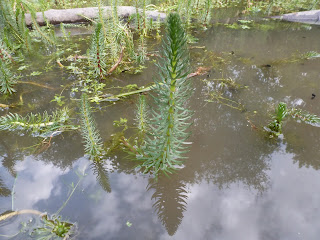 Found this Mare’s Tail tonight 4th June at Mytholmroyd at Scout Road Community garden where it has probably been recently introduced, but is the dominant plant in the pond. It is a native but the only local records are from the 18thC, when it was noted at Mixenden and Norland by James Bolton.
I thought it was the dreaded Parrot’s Feather water plant which is very invasive; at the moment mostly in the south of England. 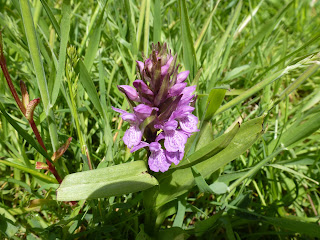 And something more colourful. A Southern Marsh Orchid, or possibly a hybrid, seen on a walk on Wednesday 3rd June with Peachysteve when we made a visit to the far south-western boundary areas of Calderdale (near Rishworth.)
For anyone new to the blog: a click on the pictures brings them up full size.