More pics from the Crocus walk

More pics from the Crocus walk 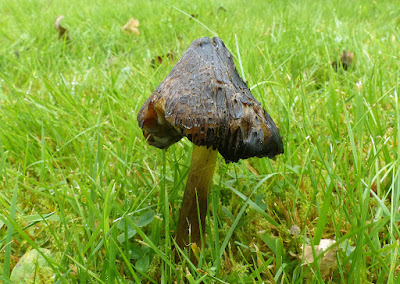 Even from the starting point at St. John’s church in Bradshaw there were plenty of interesting fungi. A long overdue first for me were these three Blackening Waxcaps on the mown grass (above and below). Also three Scarlet Caterpillarclubs were found poking through the turf. 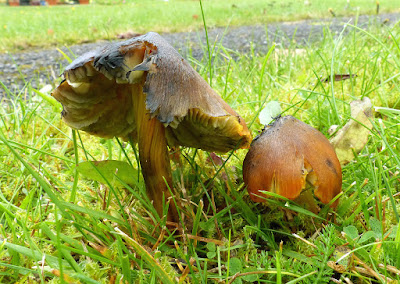 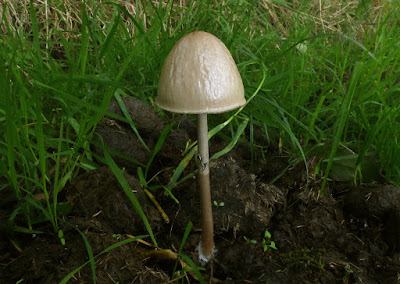 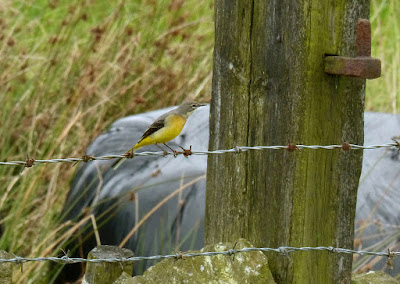 Just before lunch Annie spotted this wagtail alighting on a fence – I’ll leave it to Steve to fill us in on age/race/sex/species. (Grey Wagtail male; they lose the black bib completely after the breeding season – Steve.) 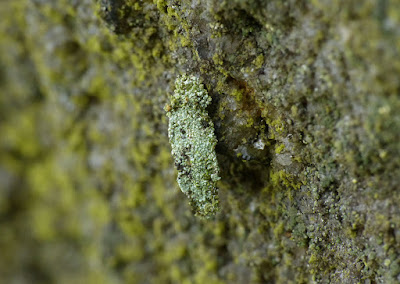 Shortly after the wagtail I found yet more bagworms on dry-stone walls and gate posts. Calderdale is the hot-spot for these at the moment and is currently the only place to see this rare moth species in Yorkshire. I suspect it’s Dahlica lichenella – the Lichen Case-bearer, but would need to find some adults or empty pupal cases to be sure.
For those not familiar with bagworms I’ve added a photo of one of the adult females I reared last year. As there are no males known of this species in Britain and she is parthenogenetic, she wastes no time in laying a batch of ready fertilised eggs back in to the case she’s just emerged from. After laying is complete she falls to the ground and dies. A quick demise for this 3mm long moth.
Another site was found later on in the walk with dozens of cases on the walls on both sides of the path. 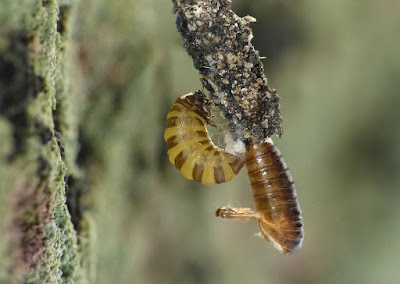 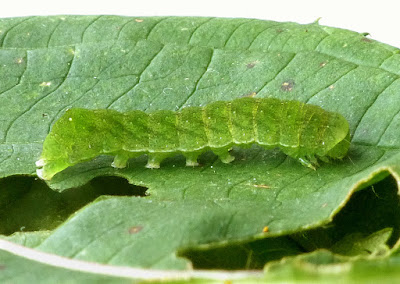 Julian found this moth larva feeding on Himalayan Balsam of all things. Makes you wonder why they’re not more commonly found bearing in mind the amount of balsam we have these days. I’ll try and get an ID for it – if not I’ll try and rear it through – although I strongly suspect it’s an Angle Shades……