There are various parts of Calderdale where wild daffodils used to grow, even a Daffodil Wood in Shibden Valley, but now we only know one area, near Rishworth. I saw a little group of about 7 blooms in the next valley over, above Mill Bank with Frank Murgatroyd, but haven’t been able to relocate these in recent years.

Many garden varieties are being planted out into the wild, or escaping down rivers in times of flood, which is ironic, because the loss of wild ones was probably due to collection for sale to gardeners. 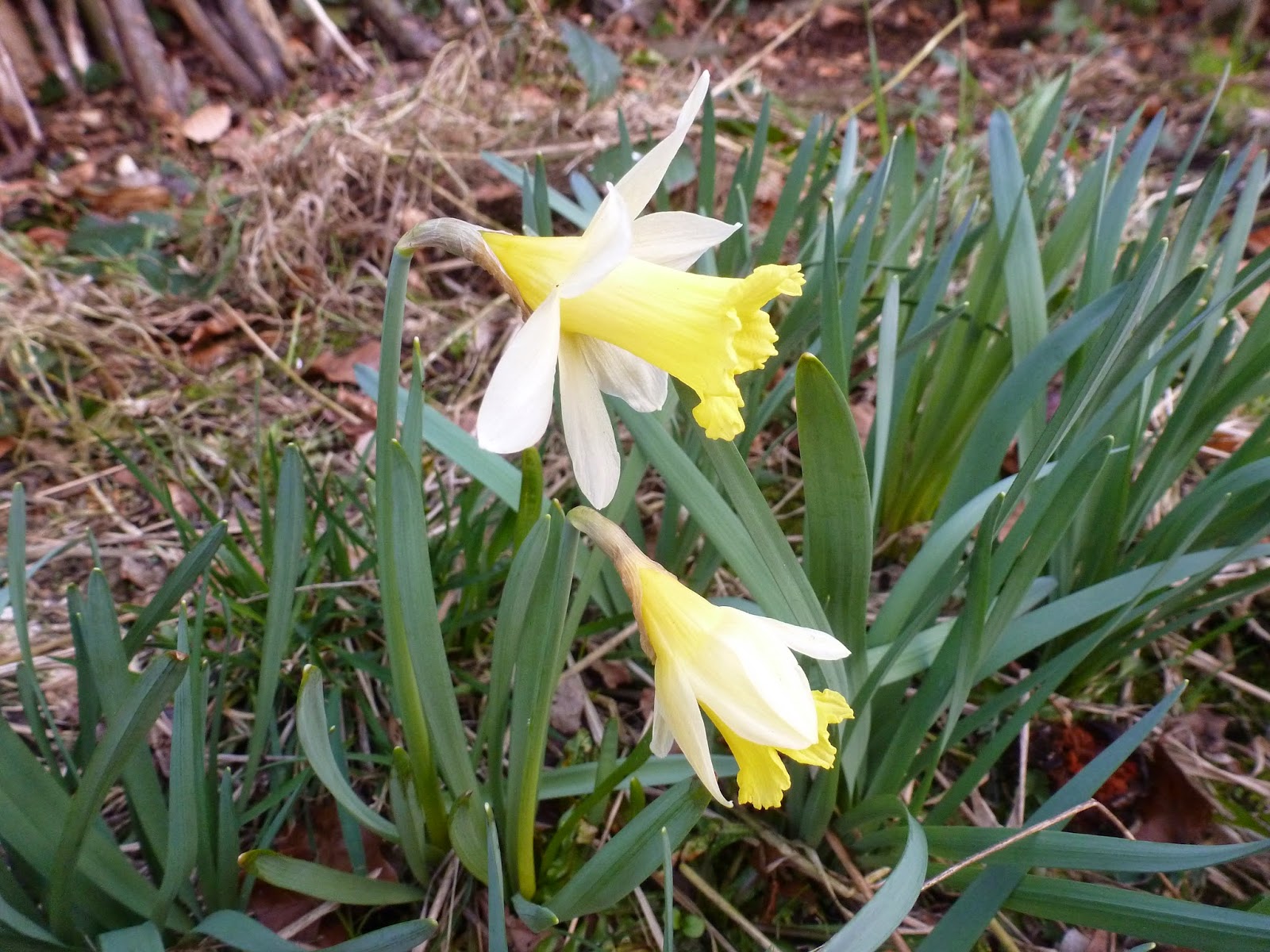 Native Daffodil. The flower is quite small and the leaves are glaucous and have a twist. 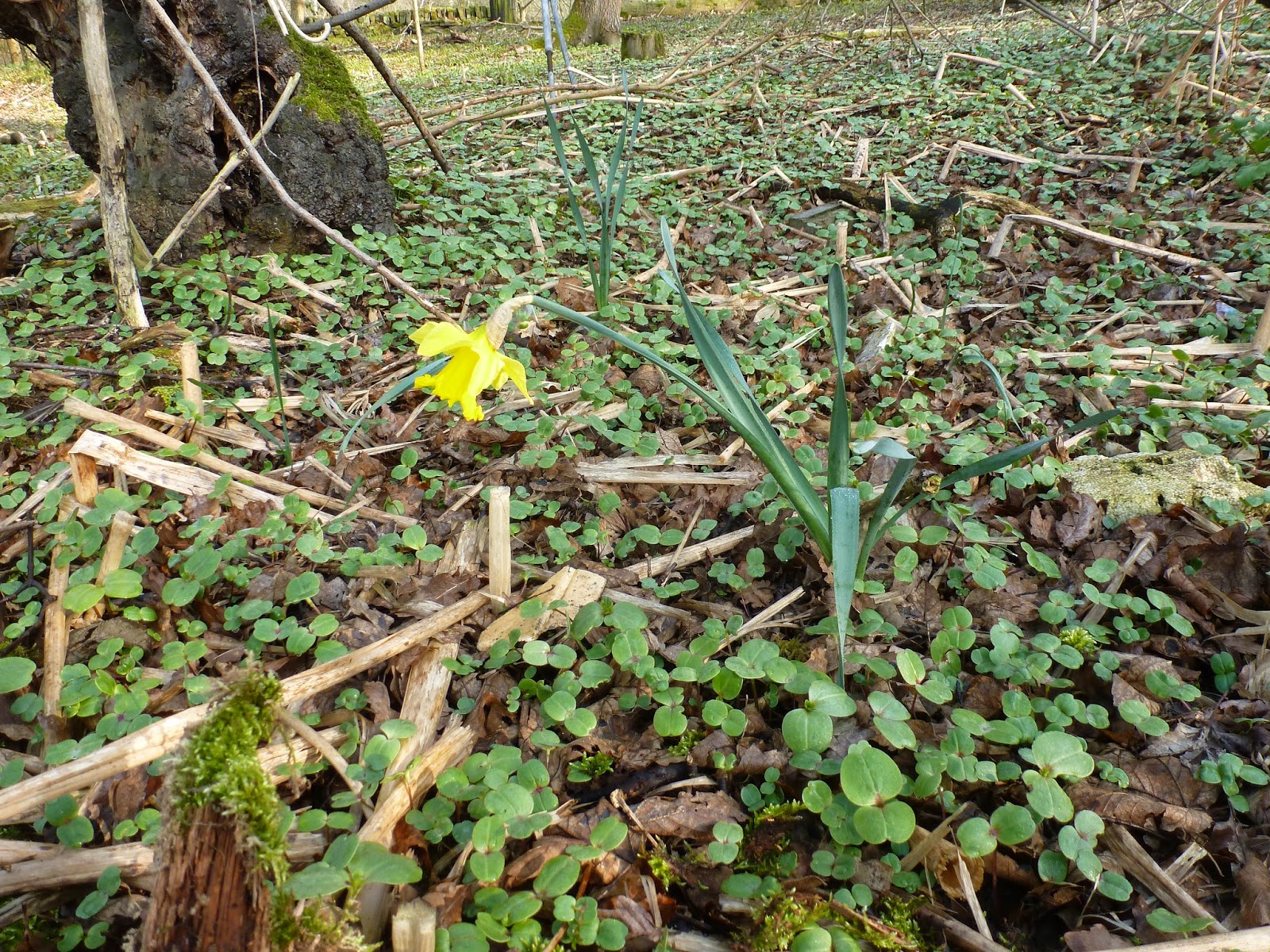 A single King Alfred type, an old variety, susceptible to wind damage due to its tall stem and heavy flower. All the following are wash-downs on the left bank of the Calder, in the strip of woodland above North Loop at Cromwell Bottom. An interesting area until the Balsam buries it – the seedlings have already germinated in this picture 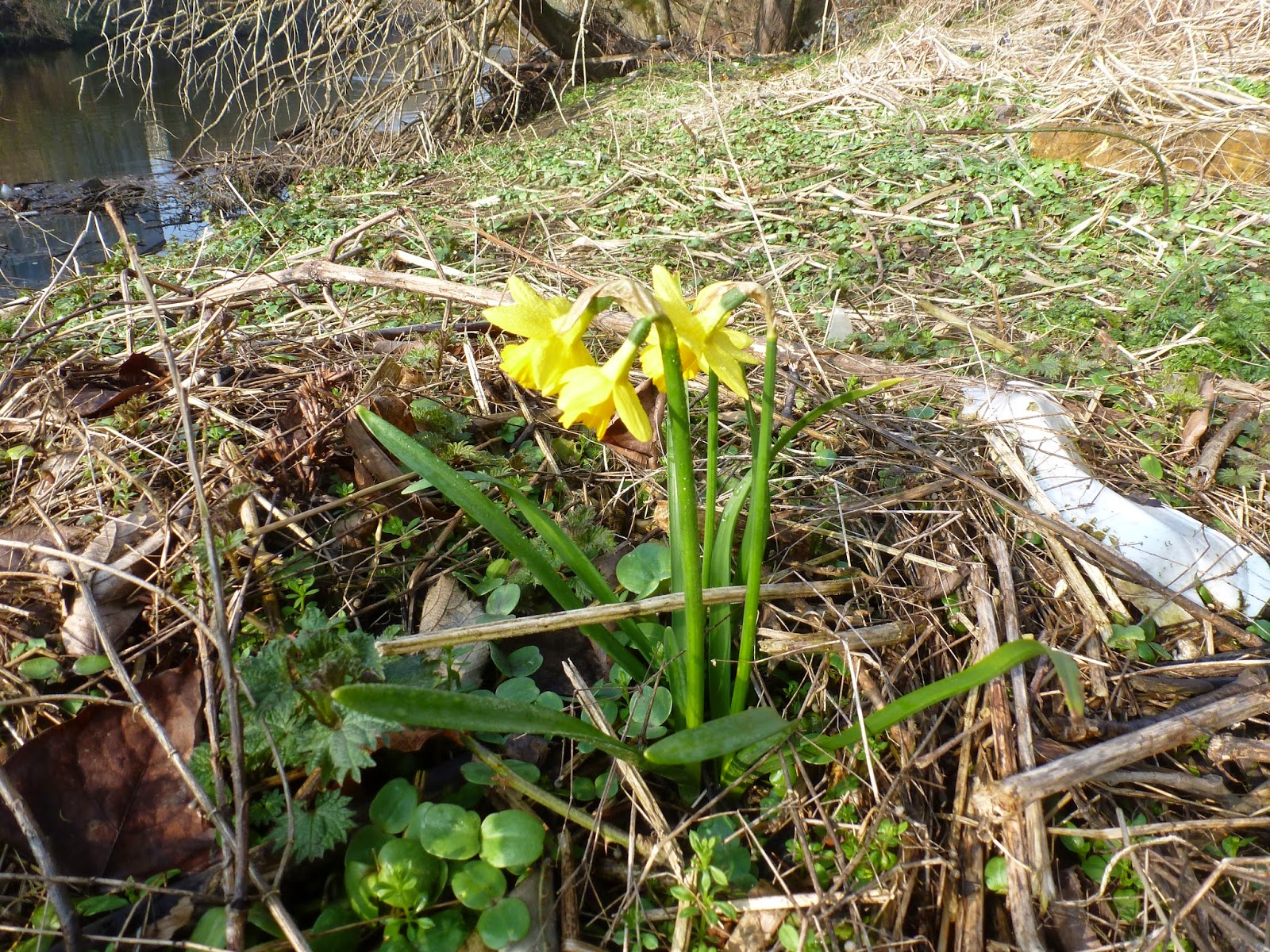 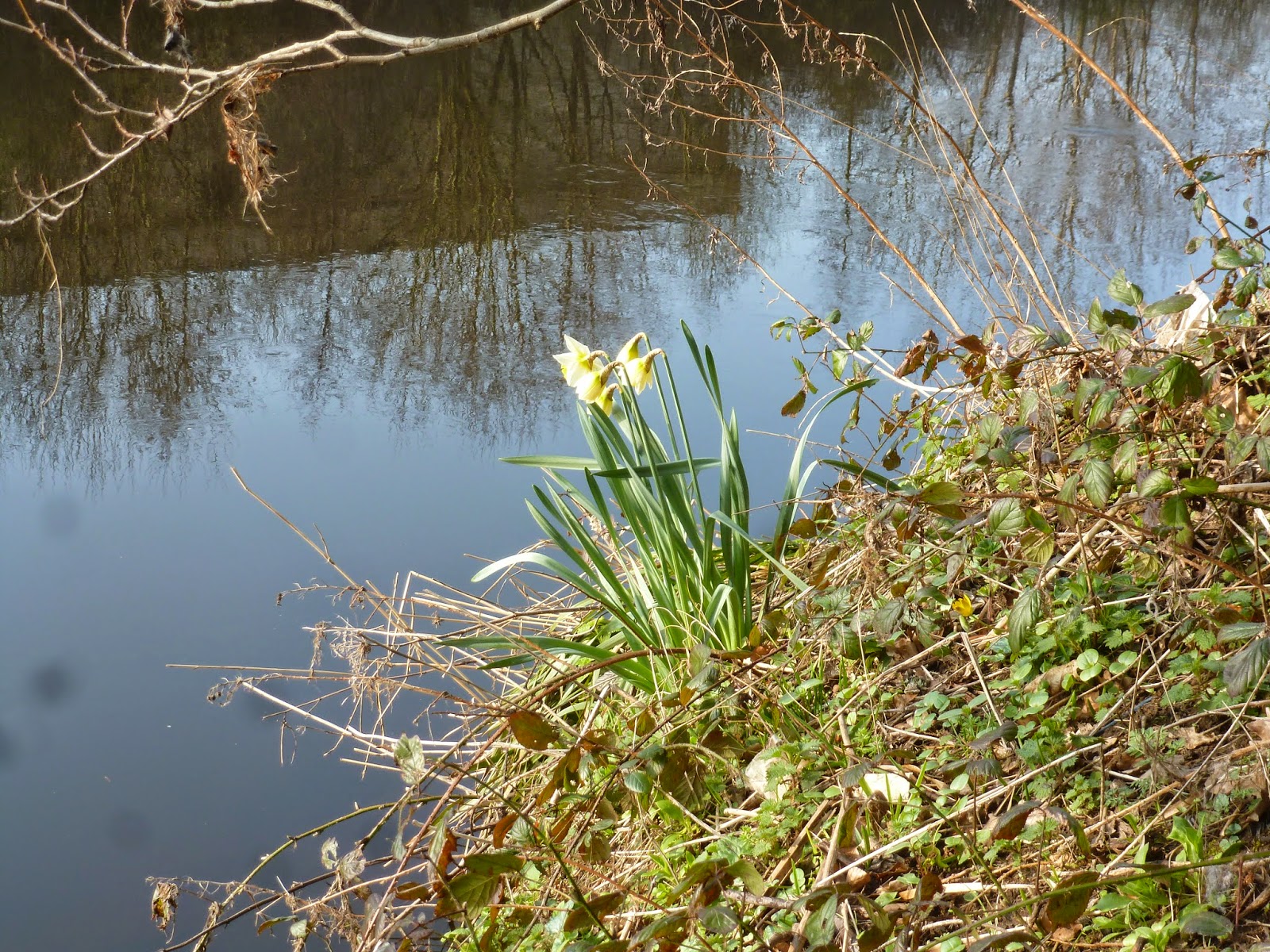 A tall, pale yellow variety on the edge of the Calder.
A large Mink swam past, giving me a start – I thought it was an Otter for a moment. 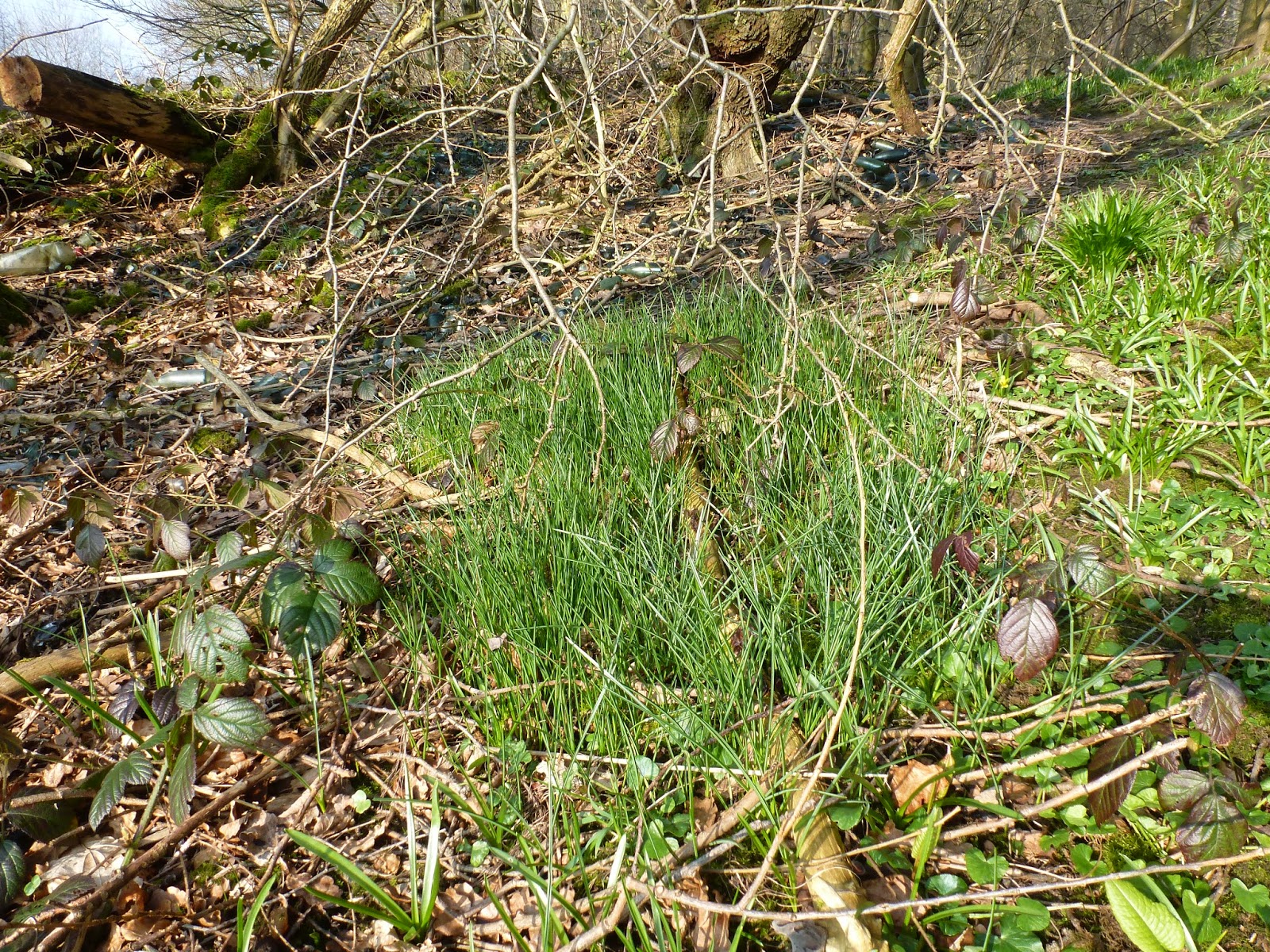 And a surprise find of more Autumn Crocus Crocus nudiflorus
There is some a couple of hundred yards upstream, near Park Nook Lock on the canal, but this single compact patch is nearer the old record which says near Rawson’s Pool, which is presumabely the wide part of the canal below the Rawson’s Arms (now offices for the clay works factory.) 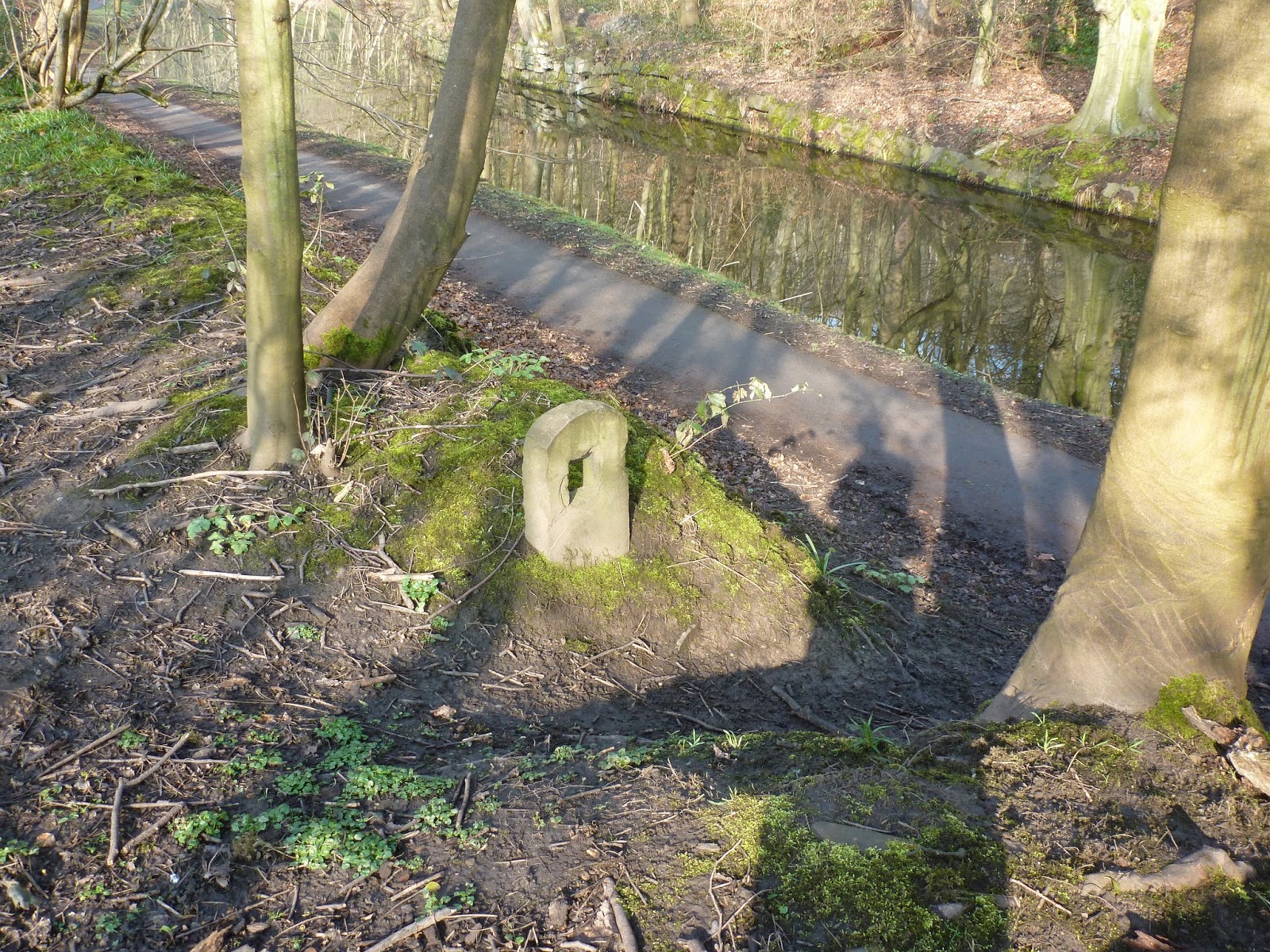 Evidence of the area once being farmed, and now the marker for this new-to-me patch of Autumn Crocus.
Calder and Hebble Canal in the background.
Photos taken Wednesday 18th March.