Newts return and Shallon in the woods

Newts return and Shallon in the woods

Newts have returned to the pools at Cromwell Bottom. They arrive before the anurans (Frogs and Toads), but breed later.

This one is either Palmate Newt or Common (also known as Smooth) Newt.

Not to create confusion, but to dispel it, the Common Newt isn’t the commonest in Calderdale. Far more records come in of Palmate Newts.

The Great Crested Newt doesn’t ever seem ever to have been native to Calderdale. It’s illegal to catch and move around the Great Crested. They are endangered and probably won’t fare well if introduced into new waters. 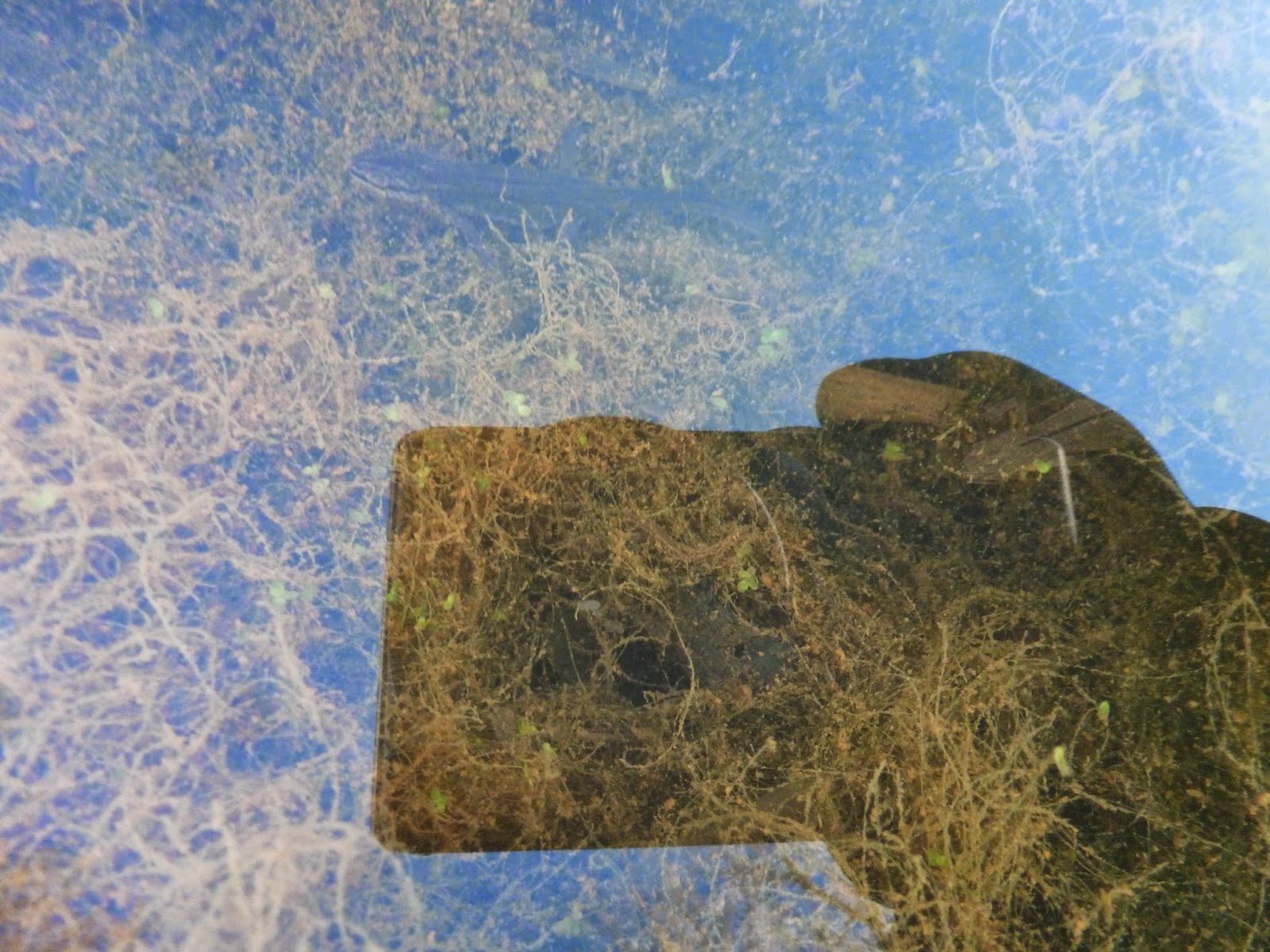 It’s above the camera shadow!

I saw three today. A member of the public looking for them on Sunday with a net for his children had seen about 20 in one of the Tag Cut pools.

Peachysteve was interested in the Shallon, Gaultheria shallon long-established for game bird food (berries) and cover in Park Wood, Elland, then I failed to find it for him last winter. I re-found it today. It’s native of North America. This patch hasn’t grown much in 10 or so years. I think there’s only one patch!

It also grows in Akroyd Park, Boothtown, along the sunken drive to the museum, and there’s a patch below Booth Wood reservoir. I’ve never seen berries produced. It’s in the Ericaceae, related to Bilberry Vaccinium myrtillus  but has much larger leaves. 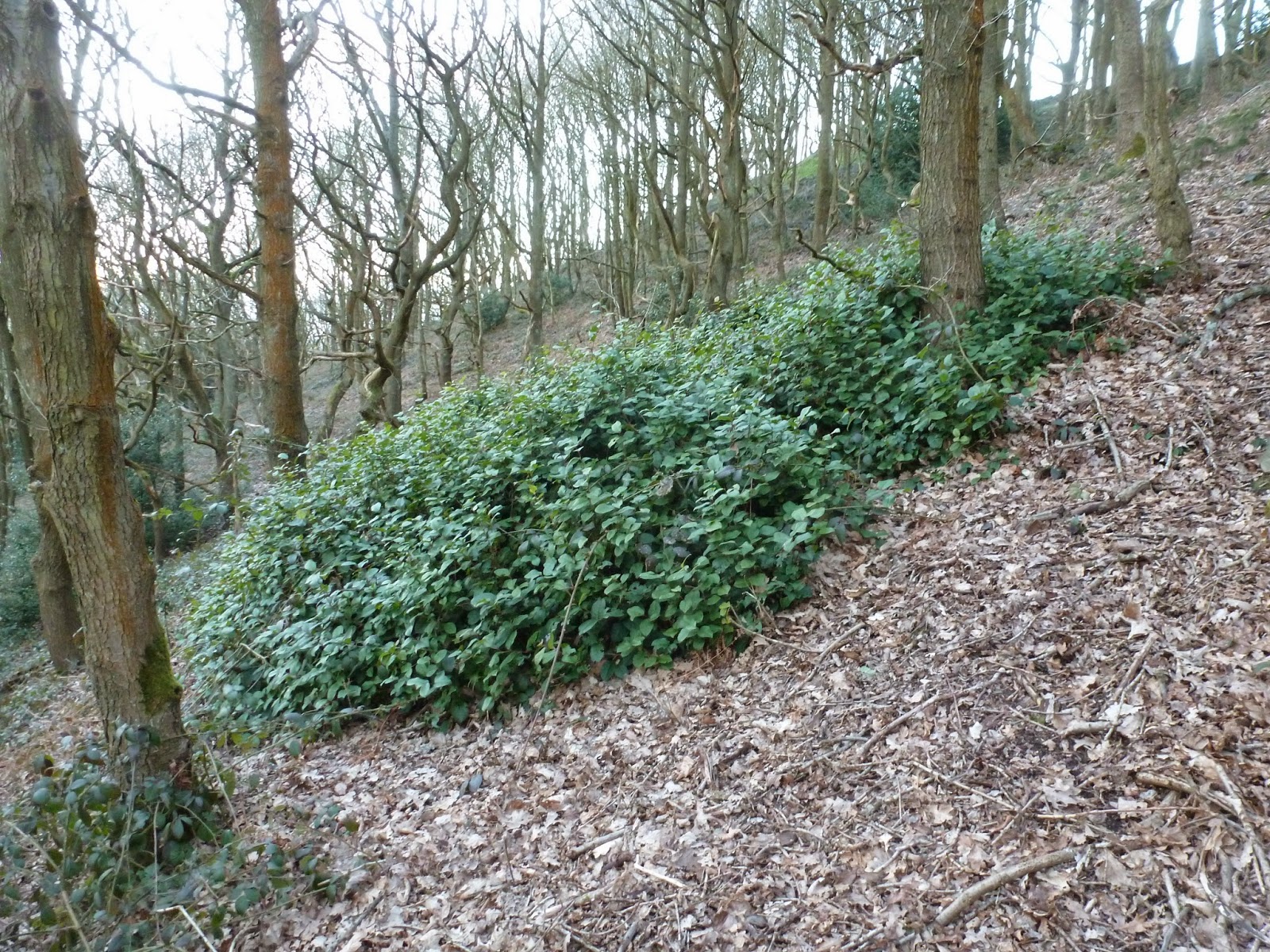 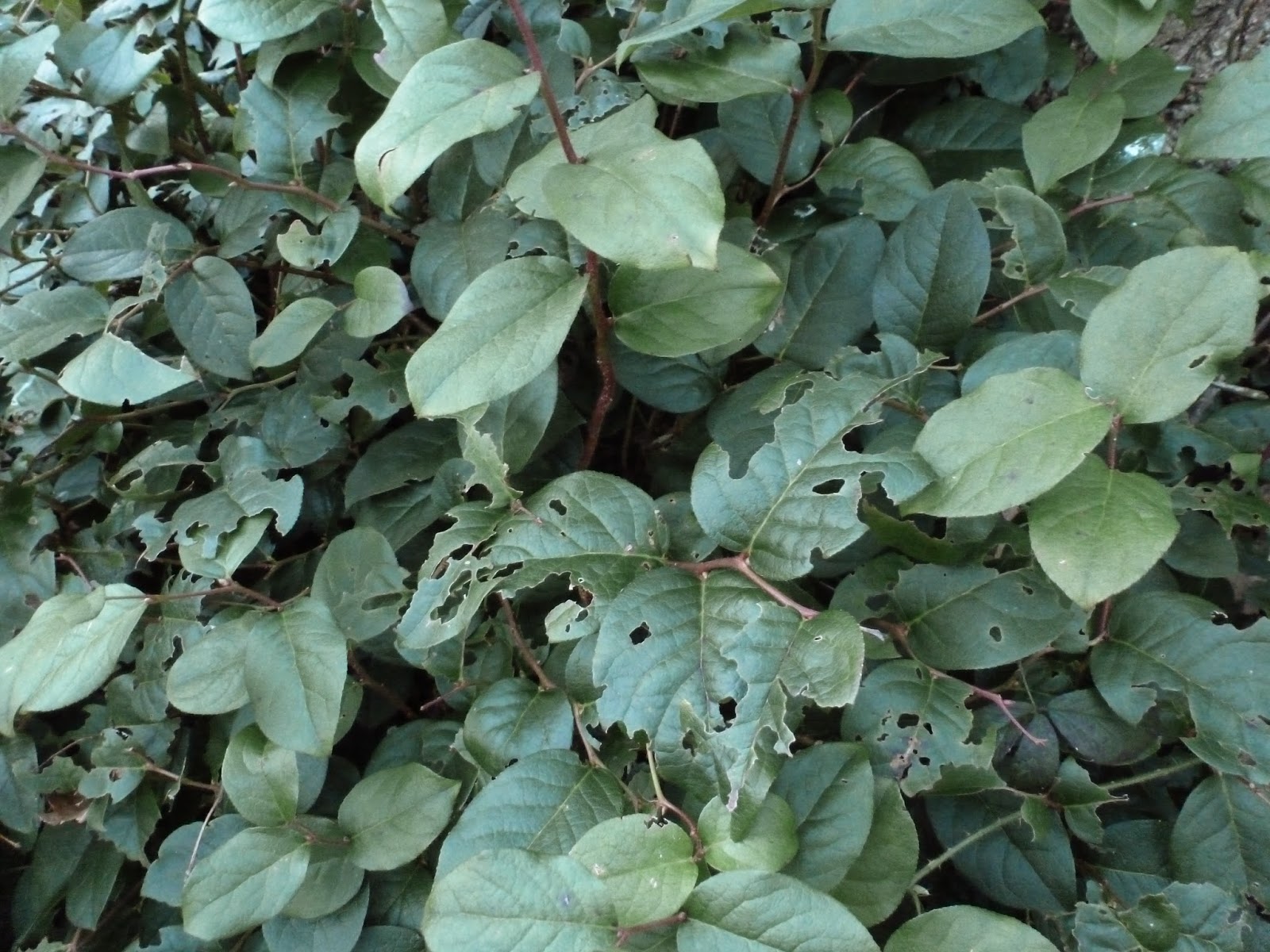 Some older leaves have been attacked by a weevil.