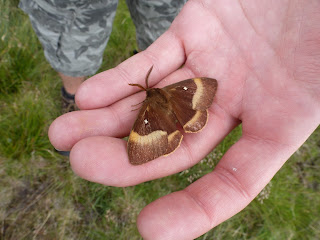 Morgan Sutcliffe caught this male Northern Eggar in a rugby-tackle style (without harming it) on Flints Moor this afternoon.

He also reports from the moor Snipe, Linnet, Curlew, Skylark and Meadow Pipit. Two pairs of Lapwing were nearby earlier in the season.

Butterflies he has seen are Large Skipper, Small Tortoiseshell (we noticed plenty of of their larvae on nettles), a Ringlet, a Common Blue female (there is Bird’s Foot Trefoil there) 20-30 Small Heath Butterfly, several Meadow Brown, a Large White, several Speckled Wood, and together we counted about 8 Northern Eggars flying past.

We found this two-coloured Click Beetle, (below) and the next is the best shot I could get of a Bilberry Bumble Bee the other side of a fence. (Its tail is at the top.) I wondered what they fed on after the Bilberries had finished flowering. They can obviously switch to other things like this White Clover. Final pic is of Cowberry I found on Flints Moor a few weeks ago. It’s flowers are very different from Bilberry, though it is related to it. They remind me of tiny Rhododendrons. The Cowberry fruit is red (it is edible) 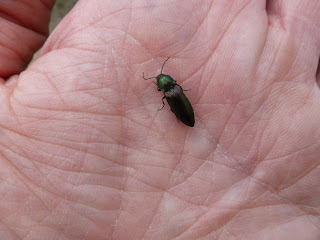 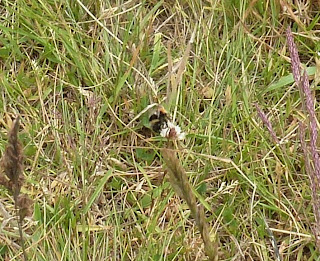 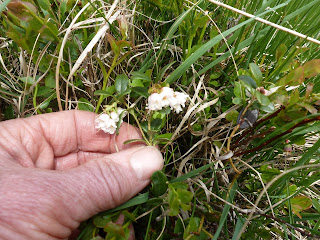 and the plant is evergreen, so is easier to find in winter when the Bilberry has shed its leaves. It’s found on many moors, but nowhere in any great quantity.