Plants and a Flycatcher

Plants and a Flycatcher

This Pied Flycatcher (female) was easier to photo than a Spotted Flycatcher which was at the same site in a local wood. Thanks to DJS for giving me directions. Pied  flycatchers have been seen at two sites now, so could be anywhere in larger mature woodlands.

Easier because it stopped to preen quite a lot, but less sharp than some over on the Bird Blog due to low light levels. 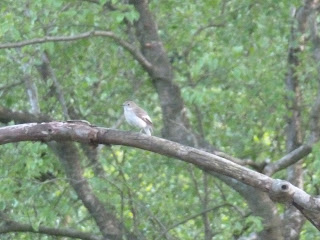 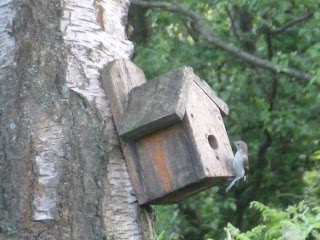 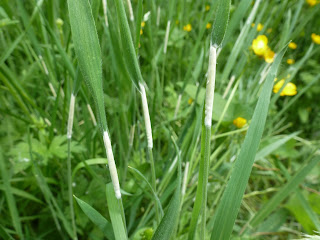 This white substance on some Yorkshire Fog Grass at Cromwell Bottom puzzled me.
Could it be a rust or a gall ? (It’s a fungus spread by a fly – see Phillip’s 2 comments.) 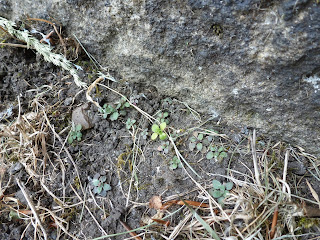 Common Whitlow-grass at the lock on the canal, on the cobbles of the bridge below Freemans Bridge, where chemical weed control actually seems to help it.
Only recorded here where I found it several years ago, and in the cobbles on Lion St., Todmorden.
One of the smallest of flowering plants. 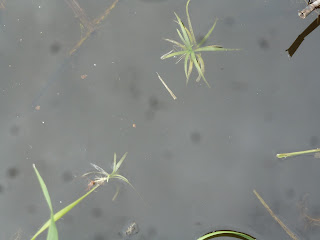 These are the normally bottom-rooted “Starfish” shaped linear leaves of the Floating Water-plantain, or Luronium natans, I am informed by an officer with the Canals and Rivers Trust. It is one of the most protected plants in the UK. These are loose having been dislodged by (probably) canal boating; but this may inadvertently help to spread it. On 25th June last year the very oval, floating leaves on long slender stalks had come to the top at this site. I’ve never seen the flowers, which are white with three petals, each with a yellow spot.