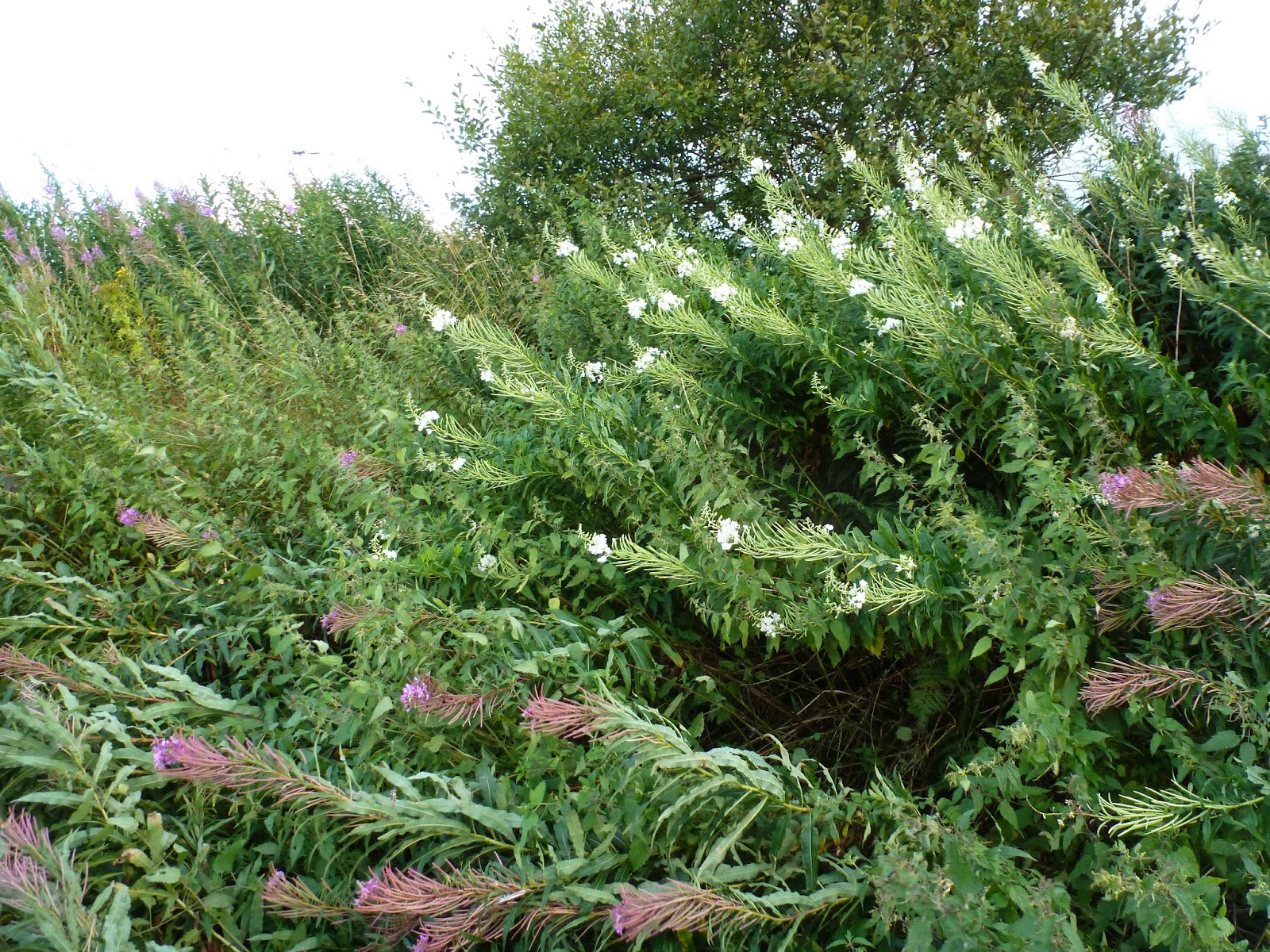 Chamerion angustifolium (White variety )
This patch has been known a long time at Ogden. We used to look for it with Frank Murgatroyd who had seen it, but it never seemed to be there. I refound it shortly before he died. It’s in a little overgrown quarry at the junction of Keighley Rd. and the Ogden Golf Course turn-off. 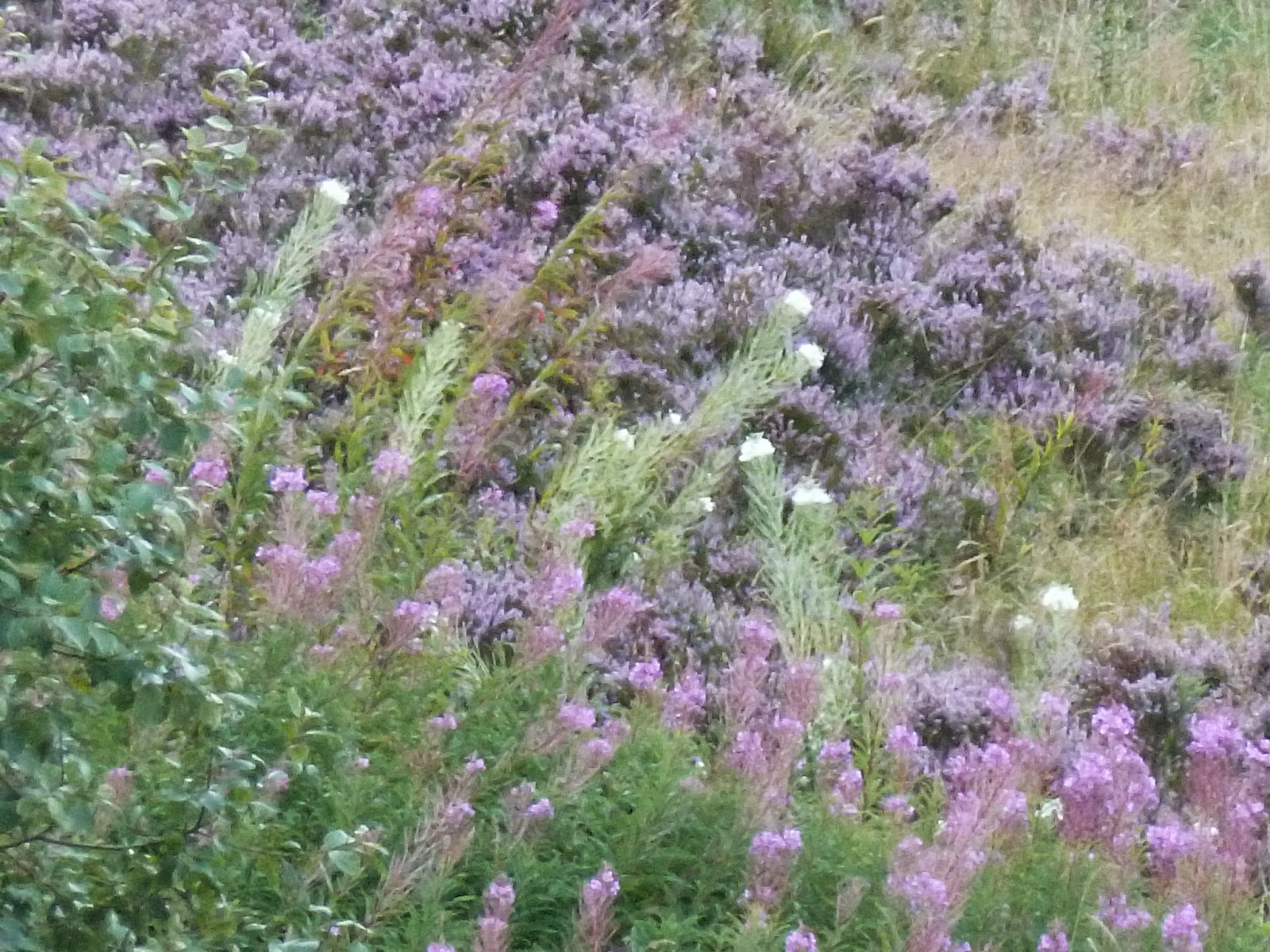 On the same day, just after refinding the Ogden patch I found another just 1.5km away in Mixenden. It’s not so extensive. The light was going when I visited it this year, but you can see the white flowers against purple heather.
I tend to drive east from the M74 to the Ardrossan ferry port when going to the Hebrides along a winding road, the A70 from Douglas, with many patches of Rose-bay. You can tell how big some of the patches have got, each from a tiny flying seed, as they vary in the pinkness and sometimes flower-spike size. But there’s no white along that long road. I’ve never seen it anywhere else in the wild, and only once in a garden where it was being cultivated. It’s probably possible to order it from specialist nurseries.
If we didn’t already have the Autumn Crocus, it could be Halifax’s Flower.
(Somebody is going to tell me there’s loads of it in Bradford.)