jamieharrop2014-07-07T14:25:00+01:00July 7th, 2014|0 Comments
After our bioblitz of the SSI at Withins Clough last week
I did a crash course in Rushes and Sedges in order to identify a number of unknown plants.
I then went to Copley and took a look at the rushes there. 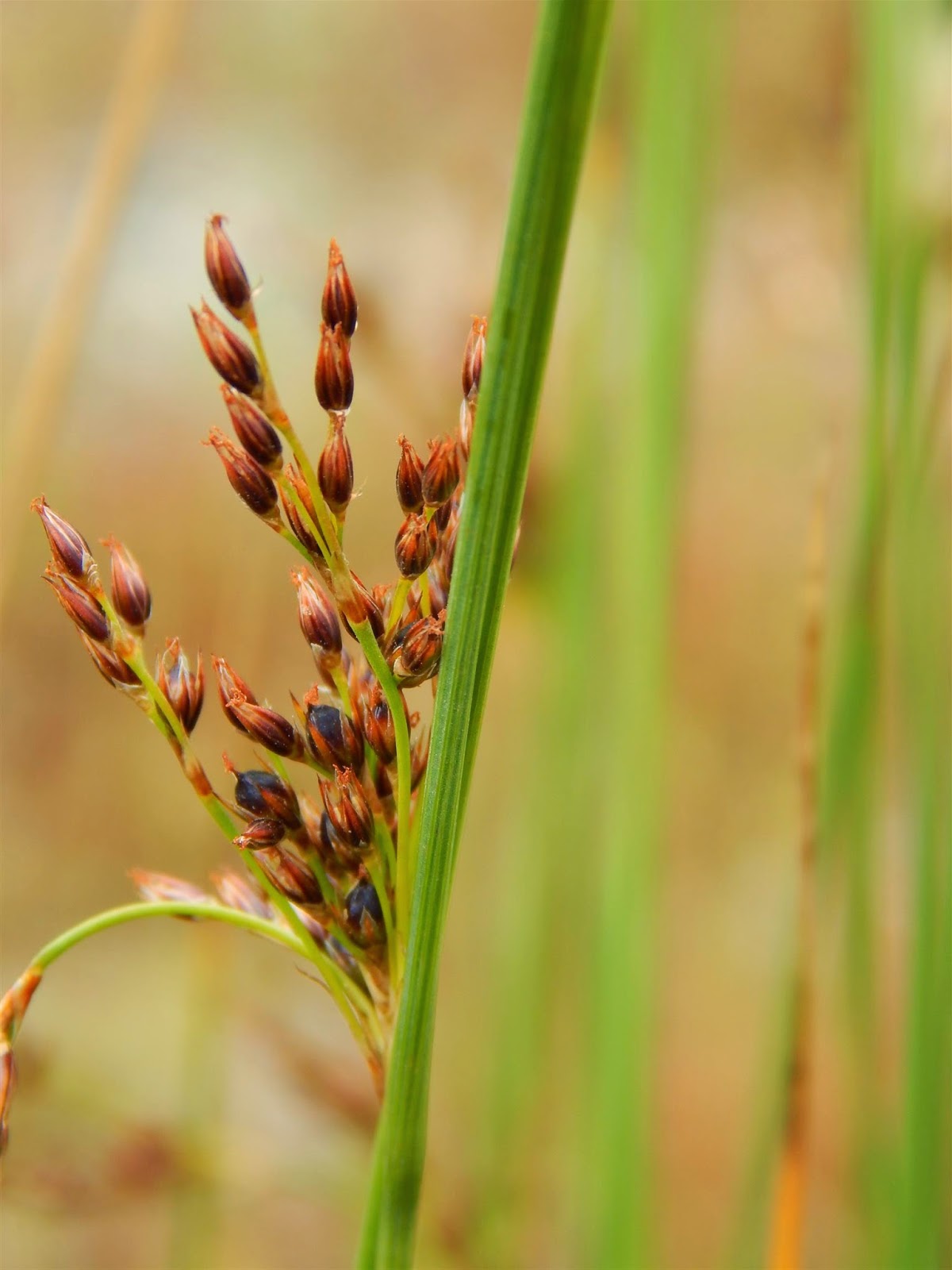 Hard Rush (Juncus inflexus)
Common  and predominant at the site.
Similar to the common Soft Rush (Juncus effusus)
Flowers toward the top.
In Hard Rush the stem is ridged, in Soft Rush it is smooth. 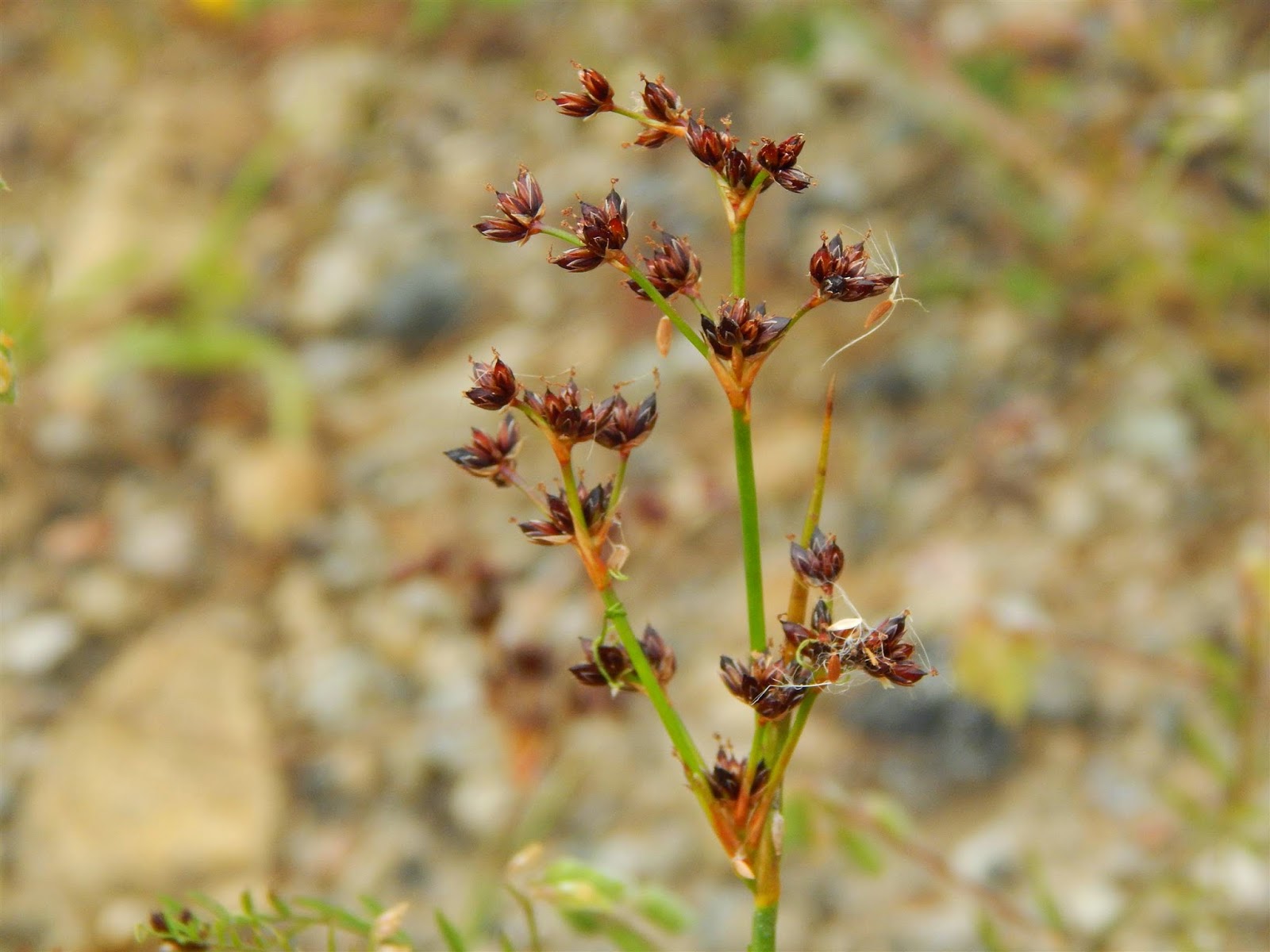 Jointed Rush (Juncus articulatus)
I saw a number of these.
Flowers at tip of stem. Branches are acute. 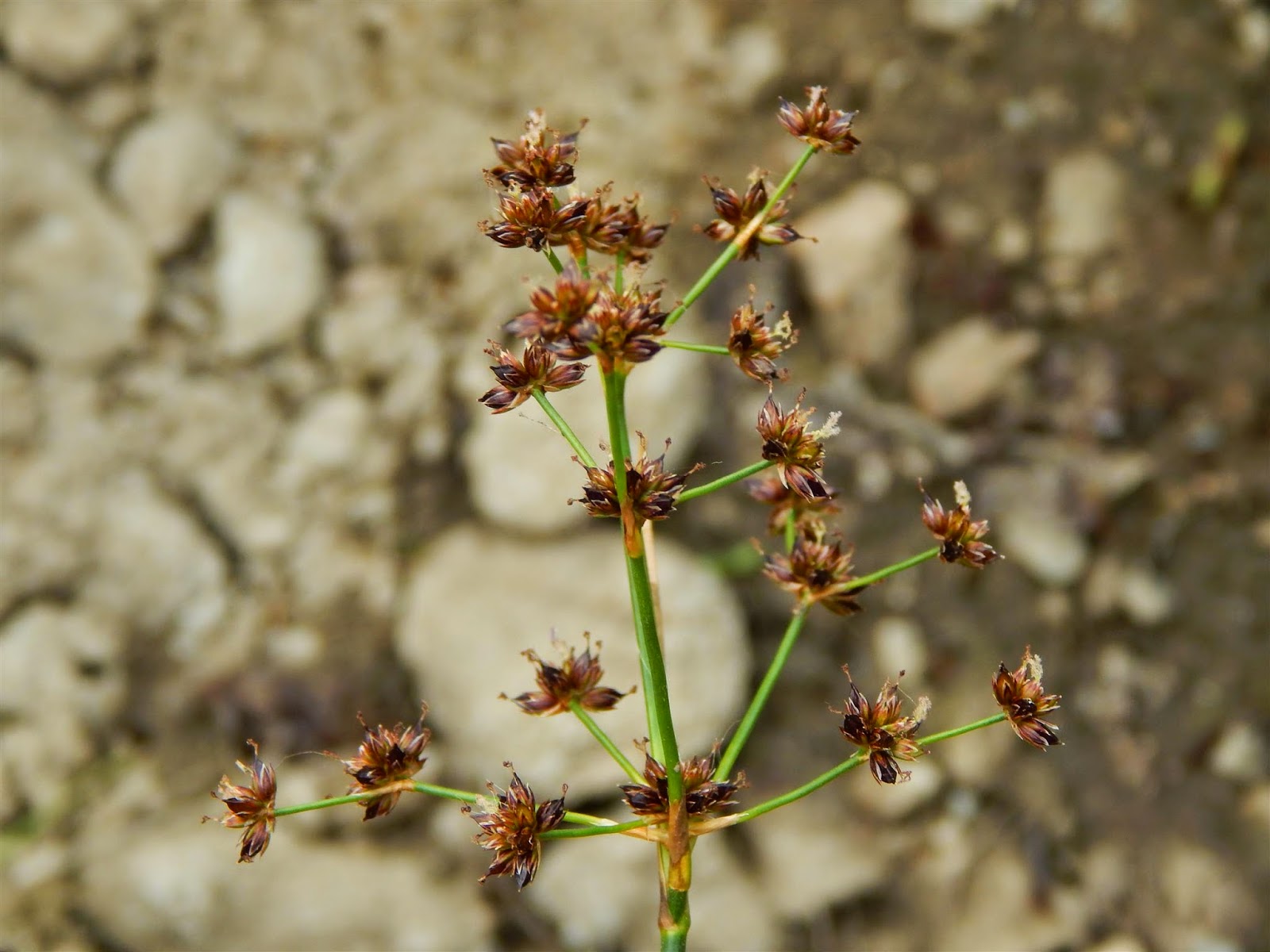 Sharp Flowered Rush (Juncus acutiformis)
Very similar to Jointed Rush but the branches are at a more obtuse angle.
I need to check on some leaf detail to confirm this ID.
I spotted a striking Rush which I struggled to identify. 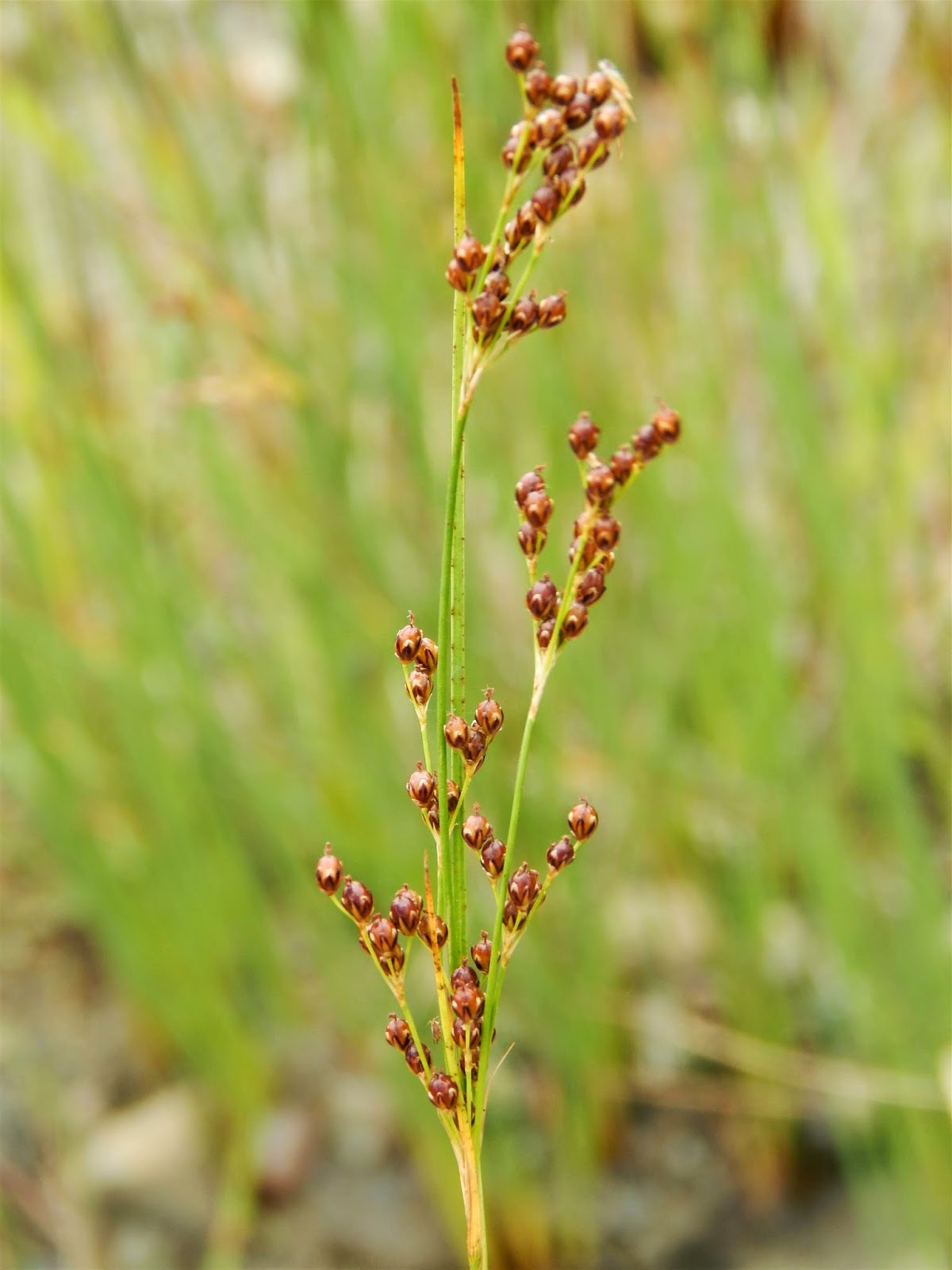 This turned to out to be Round Fruited Rush (Juncus compressus) 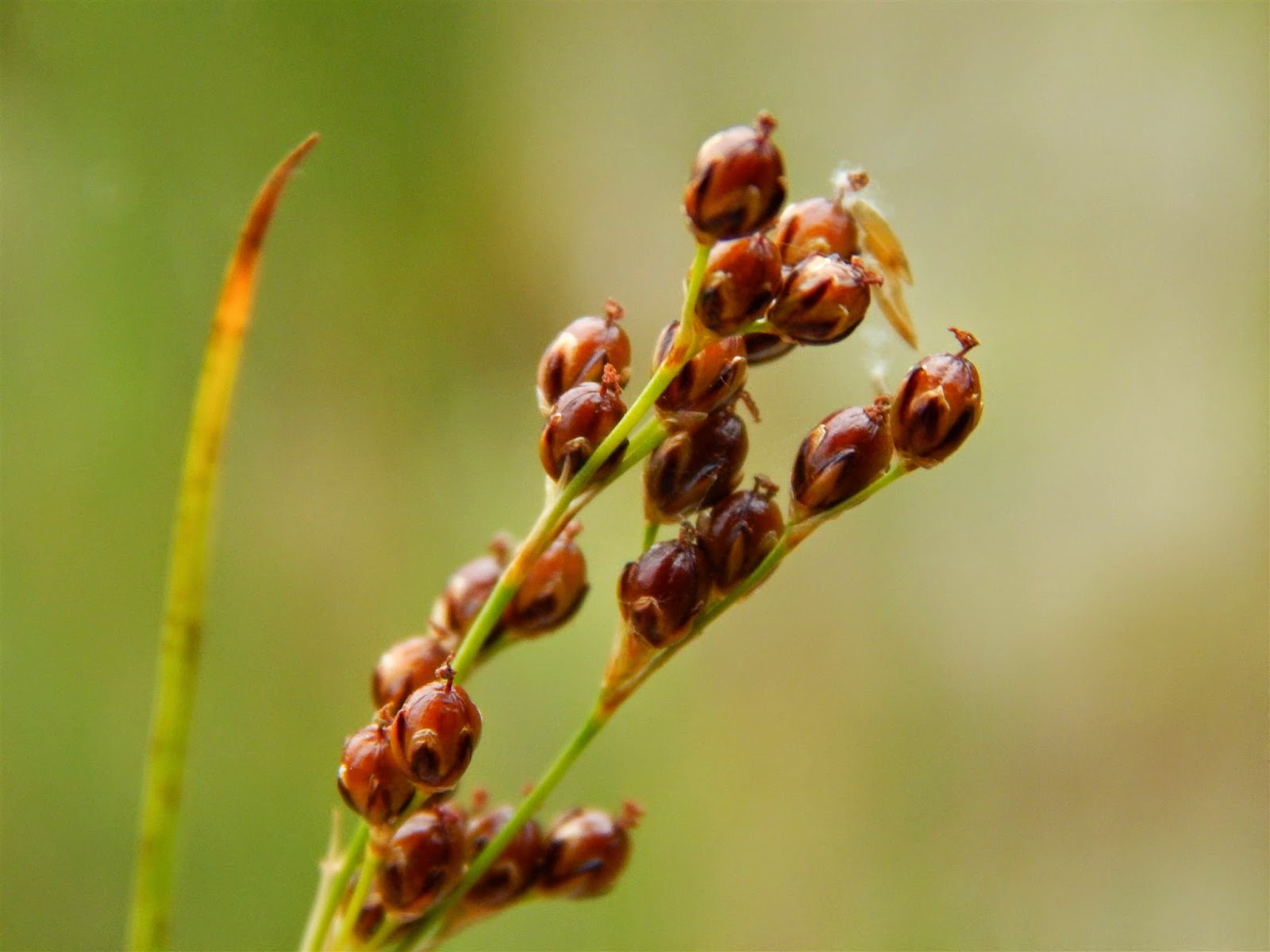 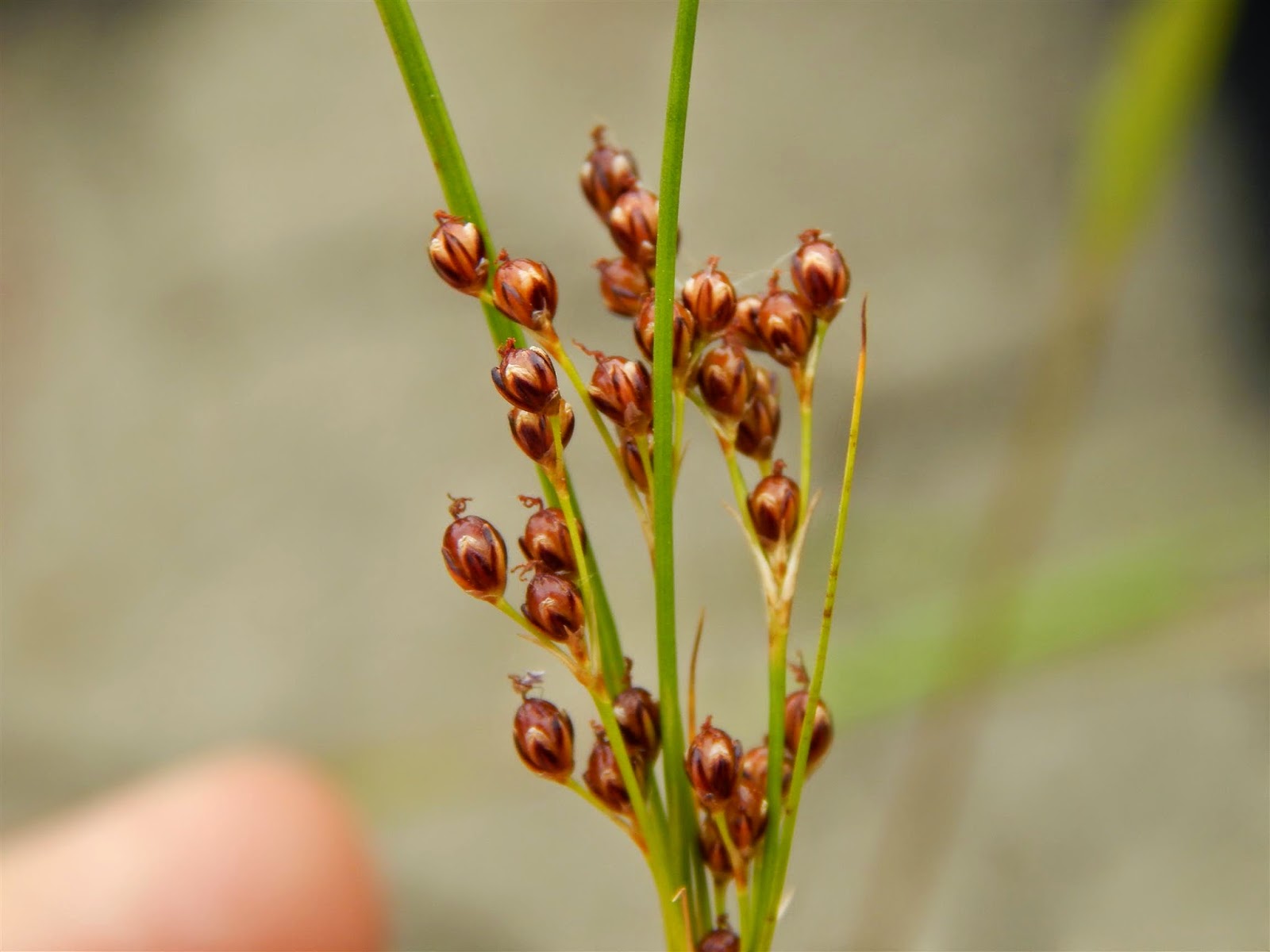 The flowers emerge toward the tip of the stem but over-top it when fully grown.
The tepals are very interesting as they alternate
dark outer/light centre, light outer/dark centre.
The West Yorkshire Plant Atlas says of this Rush
“A very rare and local species – recorded only two or three times in the past twenty years”