jamieharrop2019-08-25T10:01:00+01:00August 25th, 2019|0 Comments
Here are a few close-ups from the Shibden Valley.
Some taken yesterday but most from the Halifax Scientific Society walk on the 18th of August.
A great turn-out, 21 in all.
I for one found it fascinating to have Peachysteve teach us to identify all the plant species we could find in a single kilometre square on the map. Results to follow.
Hope everyone enjoyed the day which became slightly chaotic at times.
I’d like to do a similar route next year and again survey the same map square.
Sorry we missed out the little talk I had planned,
sketching out the geology of the valley and its exploitation. Maybe next year! 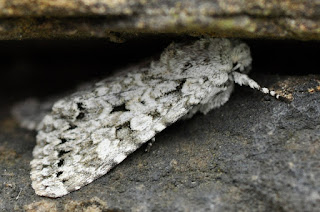 Antitype chi, the Grey Chi moth, resting on a wall at the top of Lee Lane.
You can just see the X (the Greek letter ‘chi’) on its wing. 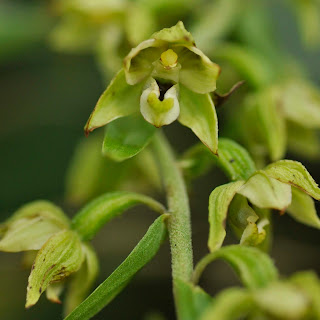 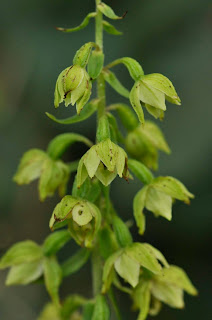 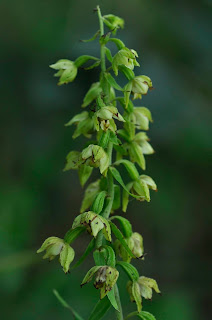 A woodland and scrub orchid, the broad-leaved helleborine, a little past its best.
Here’s a quotation from the Woodland Trust’s website:
‘Some species of wasp and bee that are attracted to Broad-leaved Helleborines have been noted as becoming ‘intoxicated’ after visiting these orchids for nectar – it appears that the flowers can contain a kind of alcohol as a result of a fungus! The bees like it so much, they come back for more, ensuring the flower is pollinated.’
Woodland Trust 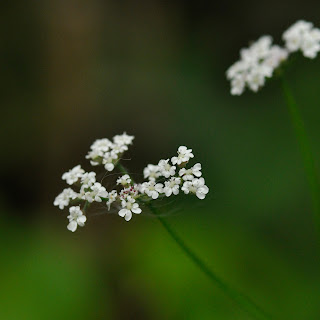 Rough chervil, common in many places elsewhere in the country
but Peachysteve’s first record for Calderdale. 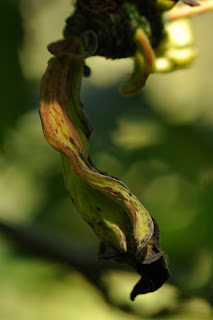 Alder tongue, a gall on the developing female catkin caused by a fungus.
The fungus, Taphrina alni, chemically induces the tree to create this structure which it inhabits.
Later, the tongue will become deep red. Spores will be released from it to repeat the life cycle. 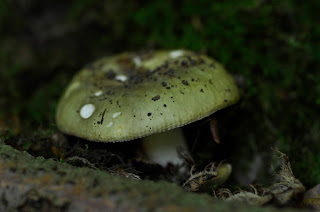