The hybrid between a Medlar and Midland Hawthorn is in full flower in Todmorden Park. Known as xCrataemespilus grandiflora, it was originally referred to as Smith’s Medlar in the early 19th C. James Edward Smith was a botanist and founder of the Linnean Society. It was he who managed to buy Linnaeus’ herbarium from his widow, which is a bit of a story in itself and the King of Sweden was not best pleased.

It is a most unusual large bush and I haven’t come across the hybrid anywhere else. I believe it to be a bit of a rarity. I have yet to see it produce any berries. 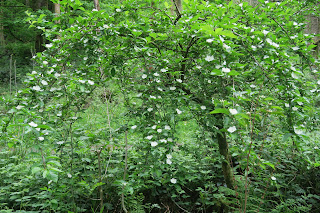 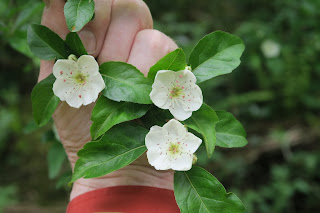