Snakes in Calderdale! but the wrong ones.

Snakes in Calderdale! but the wrong ones.

jamieharrop2020-04-14T20:10:00+01:00April 14th, 2020|0 Comments
This story seems to have made its way into the Yorkshire Post,
certainly was a talking point on Facebook.
Last week my wife gave me a call to say there was a snake hanging out of the viaduct wall on Thornhill’s Beck Lane near where I live.  I walked down hoping maybe we had our first adder or grass snake.  Unfortunately it was a very torpid royal python, a native of tropical Africa.  A settee had been dumped the night before so I assumed it had been living in there and the perpetrator had unknowingly dumped their escaped pet with it.  The next morning a neighbour called to say there was four snakes in the lay-by about half a km further up the lane.  Luckily, working at Calderdale College I knew some animal technicians that could come and rescue them.  On a hunch, I thought I’d go back down to the viaduct and do a search.  I soon found another three snakes, two in the wall and one under a bin liner.  The next day another turned up slithering across the lane near the lay-by, and three more turned up by the viaduct, rescued by neighbours.
In total we’ve found twelve, but I guess we’ll never know how many were dumped.  Four have died, but eight are doing well and will be re homed in time.  As you all know the last thing we want are exotics out on the loose.  These wouldn’t have lasted long in our climate, but had they been temperate species then the impact on native wildlife could have been negative.  Quite why some one did it we’ll never know either, but I guess its somehow linked to the current corona virus situation. 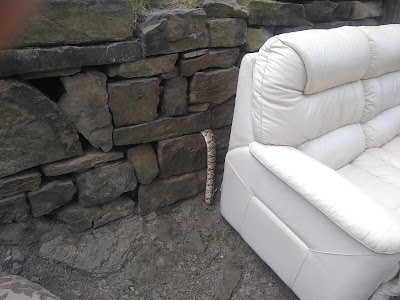 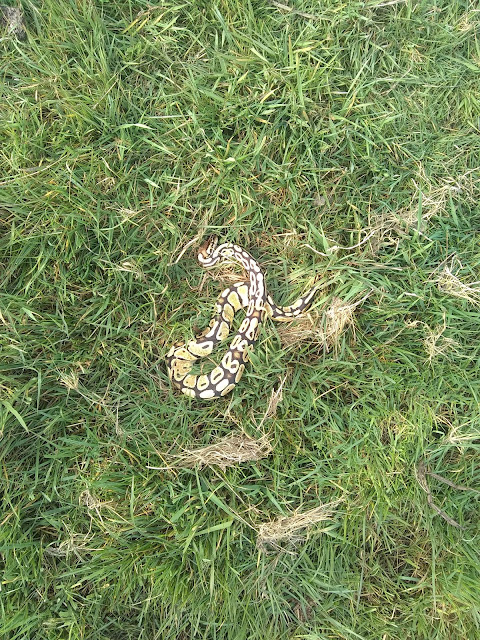 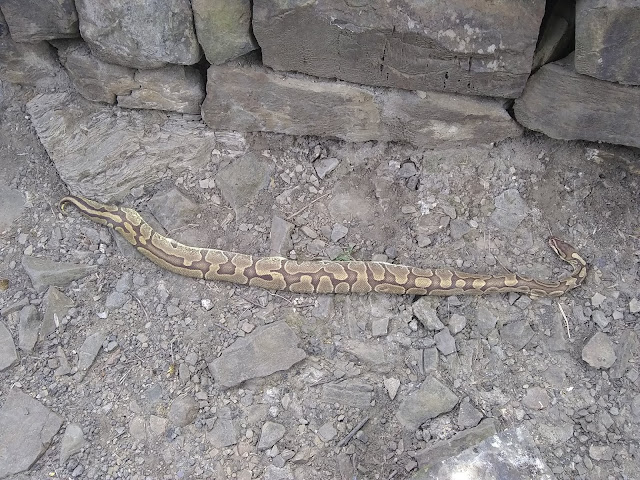 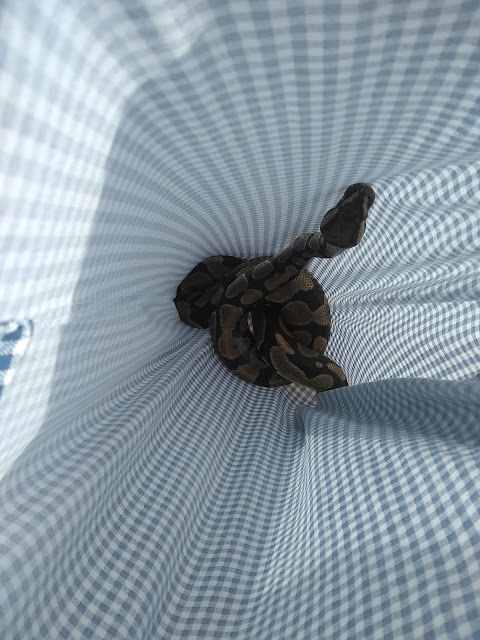 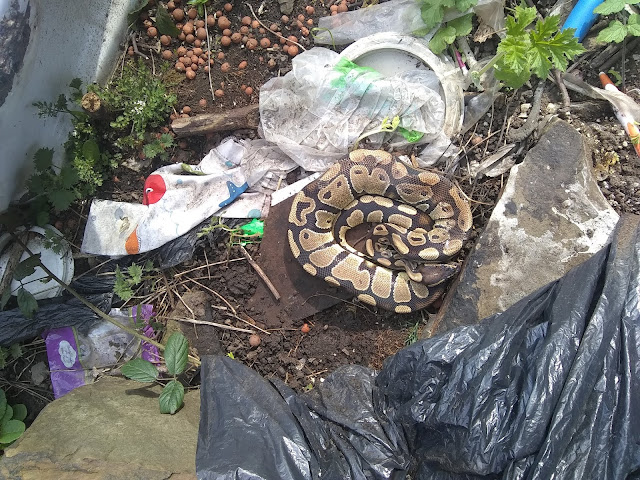 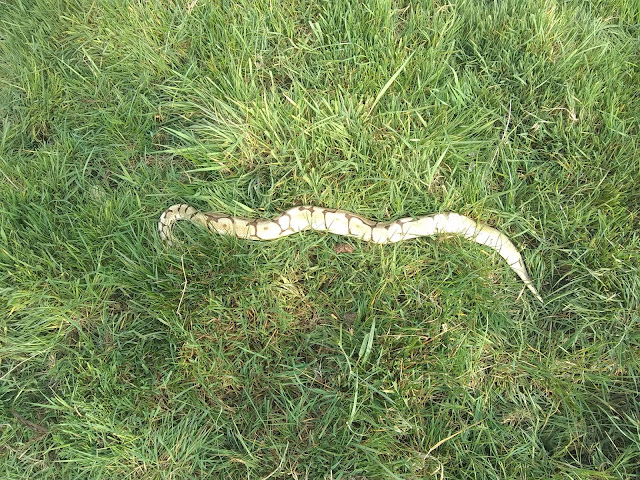