The Autumn colour and woodland fungi walk went really well considering the dire warnings from the BBC of cold weather arriving. It should be  “The North Wind doth blow and we shall have sun” (NOT snow – or rarely.)

Fifteen people and two dogs turned up; we were pleased to welcome two ladies from Hebden Bridge with their dog Bibo, who were very welcome, and as usual Peachysteve’s Meg accompanied us.

The mood was light-hearted as we set off, despite the early parts being steeply uphill. The views were amazing, and the Autumn colours rich and satisfying.

At Orchan Rocks we had the spectacle of approx 800 Pink-footed Geese going over in several skeins. The sight and sound was impressive, especially for those who had not seen wild geese migrating before.

We found fewer woodland fungi than hoped for, a single Elfin Saddle being a notable exception, but on the sheep pastures higher up there were interesting species of waxcap, and a group of Caterpillar Clubs, each one attached to an underground moth larva, as we proved by digging one up (and replanting.),

Other birds seen were large flocks of Fieldfares “chack-chacking” as they went over.

After the walk, five of us went  to Jerusalem Farm in Luddenden Dean, to check for fungi, including the rare Date-coloured Waxcap which I once found on a HSS/ Mid Pennine Fungus Group foray, (I was ignorant of its identity and  rarity) but we were unlucky, but did find the fragrant Cedar Waxcap, which smells like pencil sharpenings. 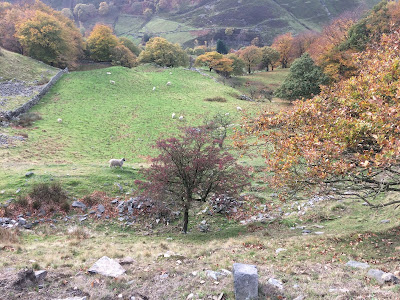 Looking back down into the Calder Valley 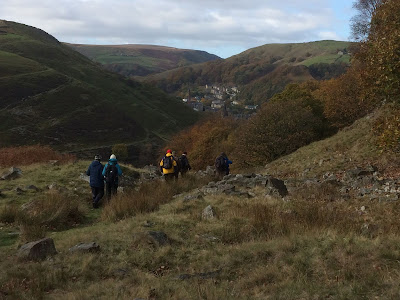 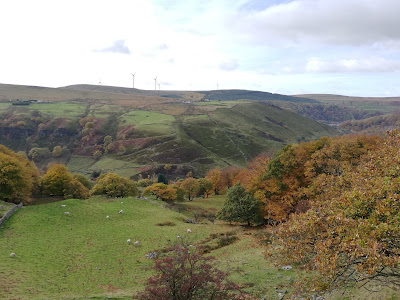 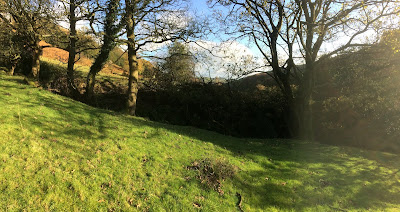