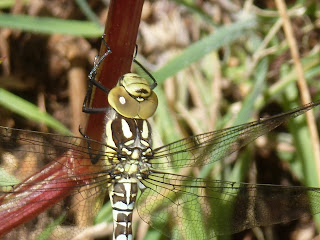 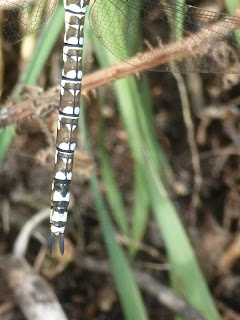 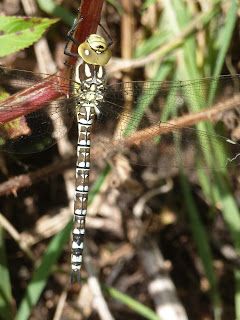 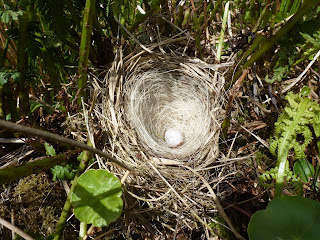 This nest of an unfortunate Linnet had been completely exposed to the sun by a cow eating all the fronds of a fern off.  The nest had been built on top of the raised tussock of fern in a bog. We could see the cow’s footprints. It was impossible to tell whether it was a full clutch and the other eggs had been predated, or the Linnet had only laid one egg when it happened.
Found by Annie Honjo near Wainstalls.
Another Linnet’s nest in gorse nearby had five eggs on 3rd July which had all hatched by today when I monitored the tiny blind downy nestlings.
I also watched a pair of Linnets today with a juvenile recently fledged, still being fed by its mother.