Tadpoles at one week old

Tadpoles at one week old 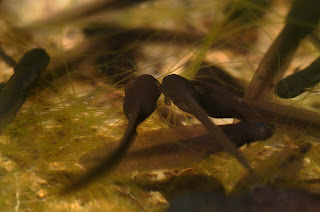 They’ve grown rounder and the larger ones have much less conspicuous gills. Filaments of blanket weed have also started to grow in the warm weather. 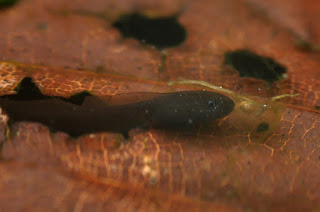 Their eyes are more distinct. This one seems to have lost a piece of its fin. 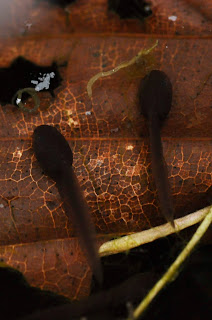 Most of them have kept in a tight group around the empty egg mass but a few of the most well-developed are definitely ‘tadpole shaped’ and swimming strongly here and there, apparently exploring their environment.
I hope to post an update each Sunday till they leave the pond. 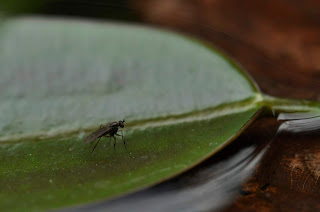 A tiny fly resting on a water hawthorn leaf 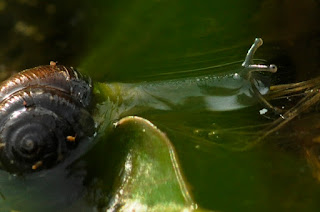 A snail munching on the vegetation at the edge of the pond. It kept putting its head under water but withdrawing its eye-stalks first! 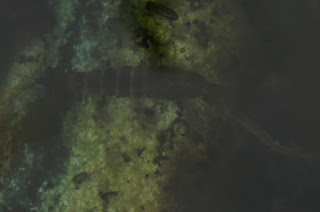 A damselfly larva which seemed to be tackling a white worm.