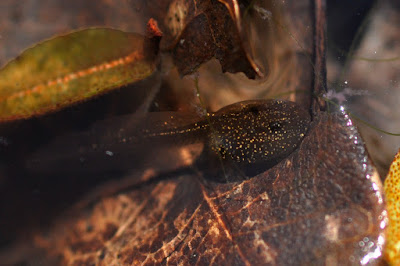 Two weeks old today. They are now very vigorous swimmers,
exploring every area of the pond and wriggling from one place to another, reminding me that the seventeenth-century naturalist Thomas Browne called them ‘porwiggles’. Norfolk dialect, I think. 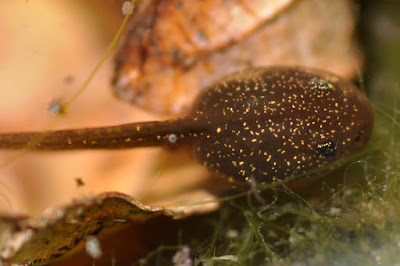 Their eyes are much more developed and their external gills have disappeared.
They have golden speckles. 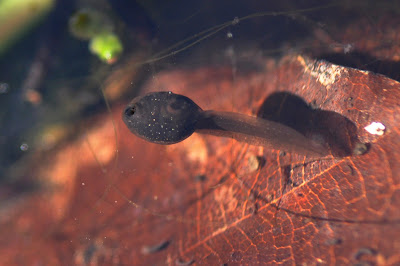 A view of this one’s underside as it breaches the surface for a gulp of air. The black spot is its open mouth. The intestine is visible beneath the skin. 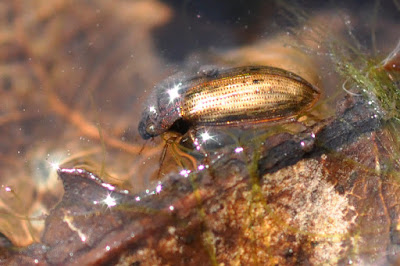 An iridescent aquatic beetle among the dead leaves on the surface. One of the so-called water scavenger beetles. Perhaps Helophorus griseus.

Springtails on a floating oak leaf. 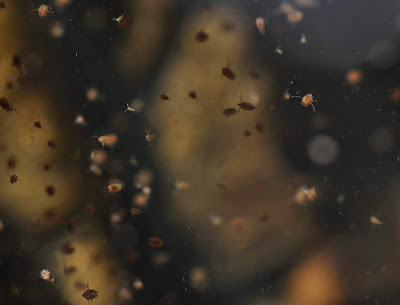 A gathering of hundreds of daphnia, tiny crustaceans, in a more open and sunlit area of the pond. The tadpoles seem to show no interest and swim straight through them. 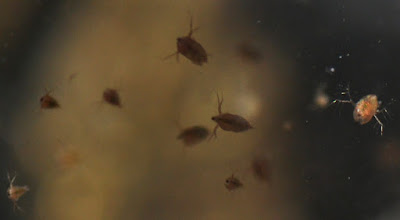 Close up you can see their one eye and the limbs with which they filter feed and flick themselves around.
Until next week…