Toad Migration over for another year – Counts.

Toad Migration over for another year – Counts.

The Toad Patrols went well at the sites that were monitored, with only a small proportion of toads seen being road casualties, which is what we are aiming at, though it would be nice to have none run over. 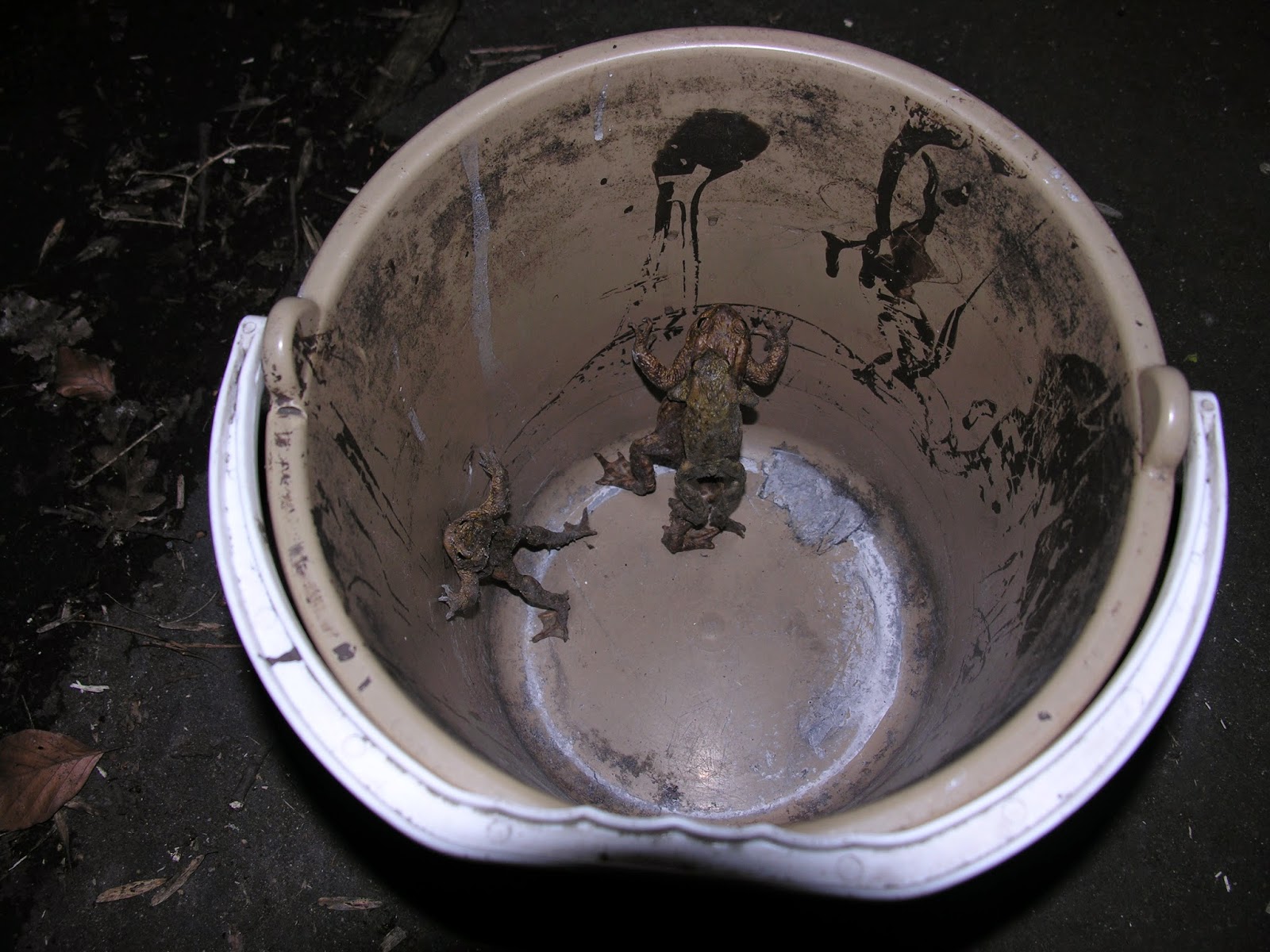 Naomi’s help organising the patrols in the Upper Calder Valley was much appreciated, and this gave chance for  Portia to carry on patrolling her own patch, having stepped down from the position of overall organiser for the Upper Valley.

Naomi was doing work experience with Hugh Firman of Calderdale Countryside Dept. We wish her well with her studies and career.

Sorry to anyone who wanted to help and didn’t get called, (including Naomi’s mum). My excuse is it can be quite unpredictable when they are going to start moving – a combination of day length and temperature. Please volunteer again next year.

There were 8 of us regular volunteers in the Lower Valley. Thanks to Kathryn, Martin, Lynn, James, Oden, Mark, and Steve Cummings. Apologies again if I missed anyone off.

In the Upper Valley there were Sam, Portia, Brian, Shirley, Gordon, Eileen, David, Cheryl and Karl plus three other ladies, names unrecorded.

Despite doing it for years, I learn something nearly every season. This time I experienced a rise in temperature after it had gone dark, when a blanket of cloud came over a clear sky. Also most movement was on dry nights, as there wasn’t much rain.

Birds like the seven Dotterel yesterday are, not surprisingly, what get most naturalists started, but we had a great Tawny Owl year while out toading. They were hooting and squealing and making all sorts of noises at all three sites I attended, and one patroller got great views of two having a go at each other on a branch just above her head. It was a good breeding year in 2014 for Tawnies.

Two of us were also treated to a sight of Great Crested Newts as Chris Tindal passed by with some for the Cromwell Bottom Newt-night Experience, and stopped to have a chat. My buddy that night, Martin, had never seen any before.

Sam Moore and his helpers up at Portsmouth, Cornholme, had a big year again, but Sam suffered the disappointment of having the material he submitted to a Yorkshire Post reporter being garbled as often happens when general journalists try to write about nature. Sam did have the great success of getting the call of the male Common Toad on BBC Radio 4 as the “Tweet of the Day” (usually a bird).

Washer Lane, Sowerby Bridge.
This site is much depleted, possibly because of loss of most of their ponds, despite our protests.
7th and 9th April – Toads 13 moved 1 dead. (One moved was a full-sized huge female.)

Well done everybody, apologies if I’ve missed anyone out.

Please let me know of any omissions or inaccuracies. steve.blacksmith@gmail.com

A new high level site for Toads has been seen at Upper Walshaw Dean Res. by Niall Roche, who reported Toads and Frogs squashed on 6th April. Probably too far out to monitor.