The Tulip tree (Liriodendron tulipifera) in Centre Vale park at Todmorden is experiencing the best display of flowers for many a year. I think it was planted in the early 1930’s. They are a fast growing species and do not flower as well ‘up north’ but this hot weather has encouraged it.

The large upright cup of the flower is from the time when this ancient species was pollinated by beetles and before bees had evolved. It was easier for beetles to blunder into a large and upright flower.

Introduced to this country from America about 1630. Called by the early settlers the Canoe tree, as it was the preferred tree for making canoes by Native Americans, being fast growing with a straight trunk.

There are only 2 species in the genus; the other is from the far east and called the Chinese Tulip tree. 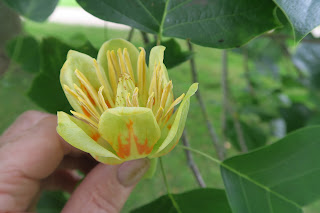 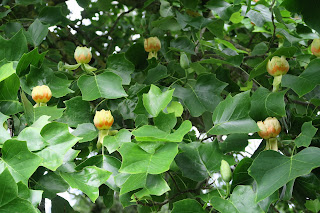 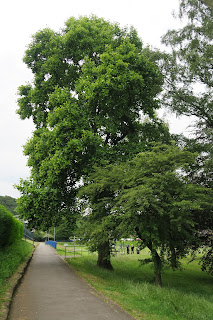