I looked at the Incredible Edible raised beds in Todmorden railway station car park. There was some Sweetcorn but then a tall annual grass at the front looked of more interest. It was Cockspur grass, Echinochloa crus-galli, which flowers very late in the season and often in October.

The last time I saw it was Todmorden park in October 2010, a large stand of it occupying the lake of flood water. Cockspur originates from tropical Asia and Africa; in the paddy fields of the far east it is a real pest.

Cockspur grass is considered one of the world’s worst weeds and can remove as much as 80% of the available soil nitrogen. Accidently introduced to many countries where it has become invasive but in the Calder Valley is rarely seen

Some varieties of Cockspur are grown for their edible seeds and young shoots, so it would be interesting to know whether Incredible Edible knowingly planted this grass or if it just ‘popped up’.

UPDATE: Incredible Edible have said they didn’t plant it. Good record then for this casual. It probably won’t appear next year, so see it while you can if passing that way. 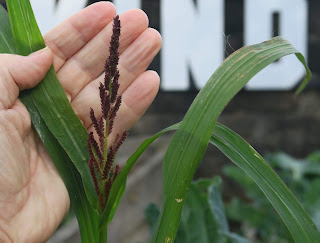 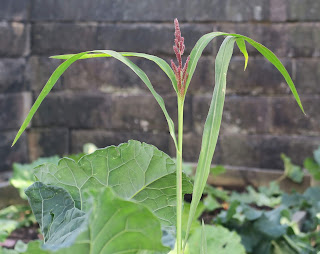 In the ‘paddy fields’ of Todmorden Park 2010 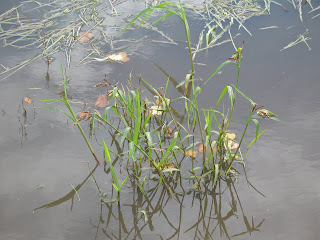